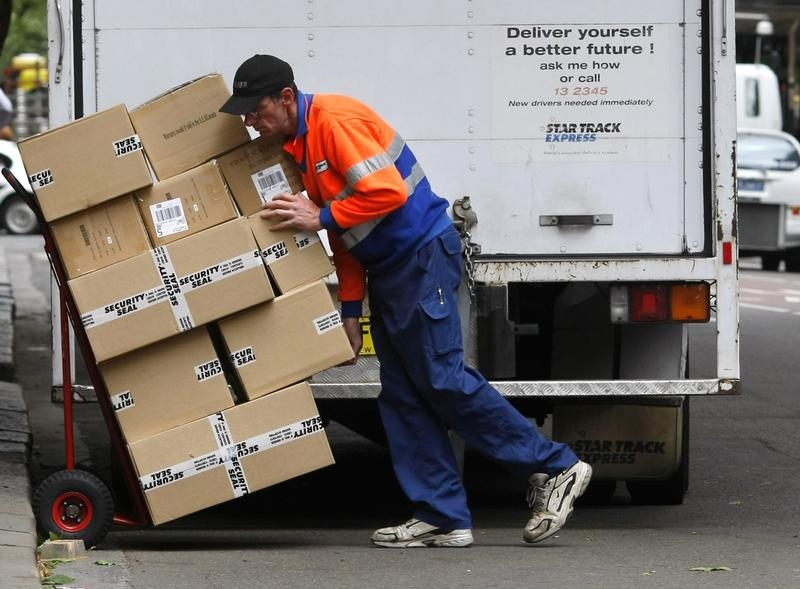 There’s no obvious justification for Japan Post to pay a 49 percent premium – or 11 times the consensus forecast for this year’s EBITDA – for the 127-year old Australian group. In keeping with many other Japanese outbound acquisitions, the state-owned giant is planning to leave Toll’s brand and management untouched. The new owner may help beef up Toll’s Japanese unit, but this brought in less than 6 percent of total revenue in the six months to December.

Japan Post’s main motive is diversification. Prime Minister Shinzo Abe’s government is parceling up parent Japan Post Holdings for a long-awaited privatisation, with plans to separately list the group’s banking, insurance and postal arms. The letter-delivering unit alone brought in revenue of 2.8 trillion yen ($23 billion) in the year to last March. But it faces a double squeeze from Japan’s declining population and the shift to electronic communications. An international strategy, with a bigger footprint in the logistics and express businesses, offers prospective investors some potential for future growth.

Assuming it gets the Australian government’s blessing, Japan Post is likely to make further acquisitions through Toll. Asian logistics operators are expanding and consolidating as manufacturers become leaner and consumers more demanding. E-commerce giant Alibaba has taken a stake in Singapore Post. Hours before the Toll takeover, Japanese freight carrier Kintetsu World Express announced it was paying $1.2 billion for Singapore’s APL Logistics. Buyers in the sub-sector are now regularly paying double-digit multiples of operating profit or EBITDA, according to Citi analysts.

What’s less clear is how well Japan Post will be able to manage its overseas expansion. Cross-border deals are always tricky; combining a private business with a state-owned parent brings extra challenges. Investors will hope Japan Post’s new subsidiary displays greater discipline on future acquisitions than its new parent has shown so far.

A delivery driver lifts a load of boxes on a trolley as he works in central Sydney October 8, 2009

Japan Post on Feb. 18 announced an offer to buy Australia’s Toll Holdings for A$9.04 per share in cash. The offer values the 127-year old business at A$6.5 billion ($5.1 billion), excluding debt, and represents a 49 percent premium to Toll’s closing share price on Feb. 17.

Toll shareholders will also be entitled to a dividend worth A$0.13 per share.

State-owned Japan Post plans to retain Toll’s management team and brand, and turn it into the enlarged Japanese group’s platform for global operations.

The deal has been unanimously recommended by the Toll board but still requires the approval of a majority of the number of Toll shareholders, and 75 percent of the total number of shares voted. It is also subject to approval by Australia’s Foreign Investment Review Board.

Japan Post is one of three units of Japan Post Holdings which are expected to be listed by the end of 2015 in what could collectively be the country’s biggest privatisation in nearly 30 years.