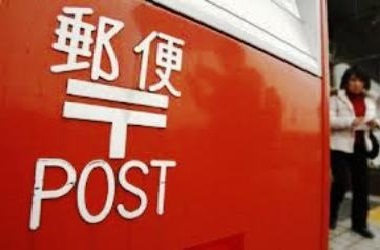 Japan Post’s 1.4 trillion yen ($12 billion) red-letter day has delivered a value gap. Shares in the postal operator and its two finance arms soared as they made their stock market debuts on Nov. 4. Household-name status, coupled with big yields and low valuations, helped Japan’s biggest privatisation in decades fly. Yet the share moves also suggest investors are at best lukewarm about the non-financial businesses.

The sell-off, years in the making, is a milestone for President Shinzo Abe’s government. Three sleepy giants are emerging into view: Japan’s biggest life insurer, the country’s largest bank by deposits, and their parent company – a post network with unmatched national reach which owns 89 percent of the two financial groups. All should grow nimbler now.

There is also a gulf in value between the parent and its subsidiaries. A Breakingviews calculation based on Jefferies analysis suggests Japan Post Holdings could be worth 2,003 yen a share – or 14 percent higher than its first-day price. This assumes the subsidiaries are fairly valued at current prices and that the parent uses the cash it raised from their IPOs to buy back its own shares from the state at current levels.

Several explanations are possible. Maybe first-day exuberance is complicating matters. Or perhaps investors are just diligently applying a decent “conglomerate discount”. That seems stern, given the parent’s public commitment to selling down its stakes in the subsidiaries.

Alternatively, the market could wary of Japan Post’s core letter-delivery and logistics businesses, which Jefferies values at 763 billion yen on an equity basis. These face tougher challenges than the bank or the insurer. It’s an anomaly for thousands of first-time Japanese stock-market investors to ponder.

Shares in Japan Post and its banking and insurance arms, soared on their market debuts on Nov. 4, after a 1.4 trillion yen ($12 billion) three-part initial public offering that was Japan’s biggest privatisation since 1987.

Japan Post Bank could accelerate a shift away from Japanese government bonds in its 200 trillion yen portfolio, buying billions of dollars of domestic and overseas equities to boost returns as a listed company, President Masatsugu Nagato told Reuters in an interview ahead of the debut.