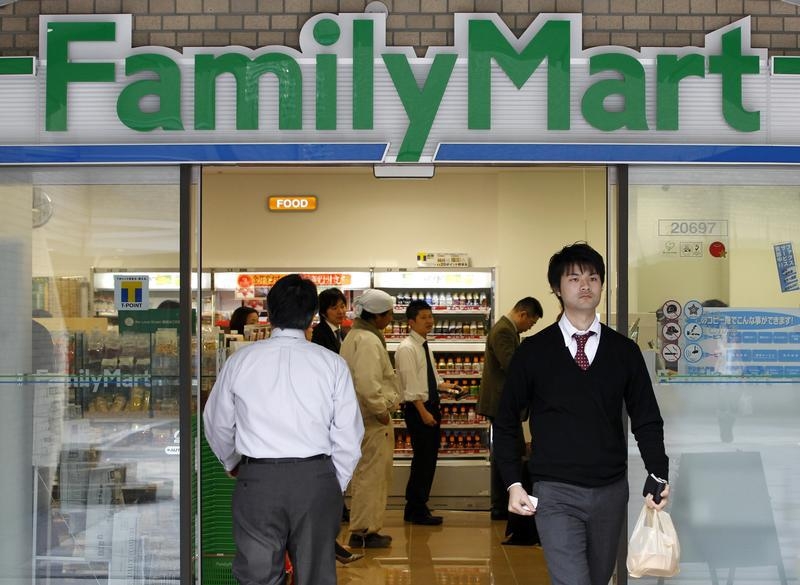 Japan’s retail merger is an example of the complexities of dealmaking in a country where domestic consolidation is rare. FamilyMart and UNY Group have set a completion date for the $5.4 billion tie-up, but not yet agreed on any of the key terms. No wonder investors are worried the union will destroy value.

Creating Japan’s second largest convenience store operator by sales should bring relief to a sector where competition to serve a shrinking market is intense. But the takeover, which the two politely describe as an “absorption-type merger”, is short on details.

Shares of the larger FamilyMart have slumped, and the combined value of the two operators is now around $270 million less than before reports of a deal first emerged. The worry is that cashed-up FamilyMart will acquire its smaller, indebted, and much less profitable rival on unfavorable terms, or fail to extract the significant cost savings that should be on offer.

The back-to-front M&A process is surprisingly common. Earlier this year Itochu Corp, the large Japanese trading house that owns 32 percent of FamilyMart and 3 percent of UNY, alarmed its own shareholders by joining forces with a Thai company to jointly invest more than $10 billion in China’s largest conglomerate, CITIC. The three groups have yet to explain how they intend to create value.

FamilyMart and UNY may be creeping around the issue out of deference to Japan’s corporate culture, which is particularly sensitive to job cuts and disposals. This also helps explain why many Japanese companies are more comfortable doing deals abroad than at home. So far this year, the volume of outbound M&A is almost five times higher than domestic dealmaking, according to Thomson Reuters.

The convenience store merger may yet win over investors and persuade other Japanese companies in sectors from beer to electronics that domestic consolidation can create value. However, shareholders face a long wait until August when the two companies are expected to provide more details on what a deal might look. In the meantime, the convenience of Japan’s big retail union will remain in doubt.

A man walks out of a FamilyMart convenience store in Tokyo November 25, 2010.

Japanese convenience stores FamilyMart and UNY Group on March 10 announced that they would enter into talks later this year with the aim to complete a merger by September 2016.

FamilyMart will take over UNY and the two groups will unify their brands which include Circle K and Sunkus, the companies said in a joint statement.

The deal would create Japan’s second-biggest convenience store operator by sales ahead of Lawson and behind Seven-Eleven Japan owned by Seven & I Holdings Co.

The two companies said that key details such as the transaction structure and business strategy of the combined entity have not yet been decided.

As of Aug. 31, Itochu Corp was FamilyMart’s largest shareholder with a 32 percent shareholding. The Japanese trading group also owns 3 percent of UNY.

Shares of FamilyMart have fallen 7.6 percent since March 4, the last day before reports about a possible tie-up emerged. Shares in UNY have risen 10 percent over the same period.