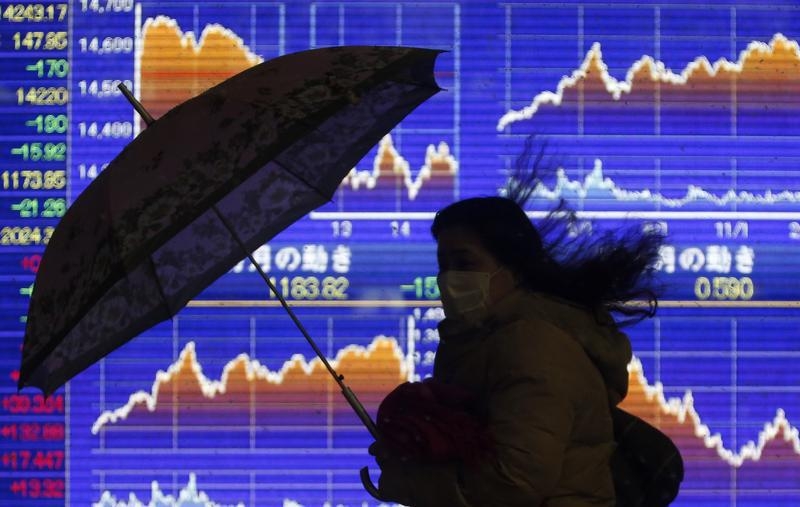 Japan’s stock market has suffered a temporary setback. The country’s equity indices have dropped more than 10 percent this year in local currency terms. With the central bank on standby for more easing, however, Japanese stocks should benefit from home support.

After last year’s Abenomics-inspired rally, investors were always likely to pause for breath. But the correction has been more dramatic than many expected. The Topix index is down almost 11 percent so far this year, while the Nikkei 225 benchmark has dropped almost 12 percent in Japanese yen terms. That’s worse than every other major stock market except Russia.

The latest casualty is Japan Display, the smartphone screen maker which has just completed an initial public offering (IPO). Its shares fell 16 percent below their IPO price on the first day of trading on March 19.

International and domestic factors are both to blame. The selloff in emerging markets and concerns about China’s economy have dented growth expectations and prompted investors to seek safe havens like Japanese government bonds. The Japanese yen, whose slide in 2013 mirrored the stock market’s rise, has strengthened by almost 4 percent against the U.S. dollar so far this year. On the home front, investors are worried about the economic impact of the 3 percentage point increase in Japan’s sales tax, which takes effect in April.

Nevertheless, there are good reasons to believe the slump won’t last. First, valuations are undemanding. Japanese stocks trade on a lower multiple of expected 2014 earnings than their U.S. counterparts, according to analysts at Nomura, and are pricing in little or no profit growth this year.

Meanwhile, the government is still campaigning to force Japan’s large pension funds to reduce their outsized holdings of government bonds and shift into other assets, like equities. And if the economy does falter, the Bank of Japan is widely expected to expand its asset-purchase programme – possibly even by buying stocks directly.

Rightly or wrongly, the administration of Prime Minister Shinzo Abe seems to view the stock market as a barometer of Japan’s economic revival. As long as Abenomics remains on track, the stock market setback is likely to prove short-lived.

A pedestrian holding an umbrella walks past an electronic board showing the graph of the recent fluctuations of Japan's Nikkei average outside a brokerage in Tokyo February 14, 2014.

Japan’s major stock market indices have both fallen more than 10 percent so far this year in local currency terms. The TOPIX index is down 10.45 percent since the beginning of January, while the Nikkei 225 index has lost 11.5 percent of its value.

Over the same period, the Japanese yen has strengthened by 4 percent against the dollar to 101.33.

Shares in Japan Display fell as much as 16 percent on the first day of trading for the world’s largest maker of smartphone screens. Shares in the initial public offering, which had been priced at 900 yen, were trading at 758 yen by mid-morning.