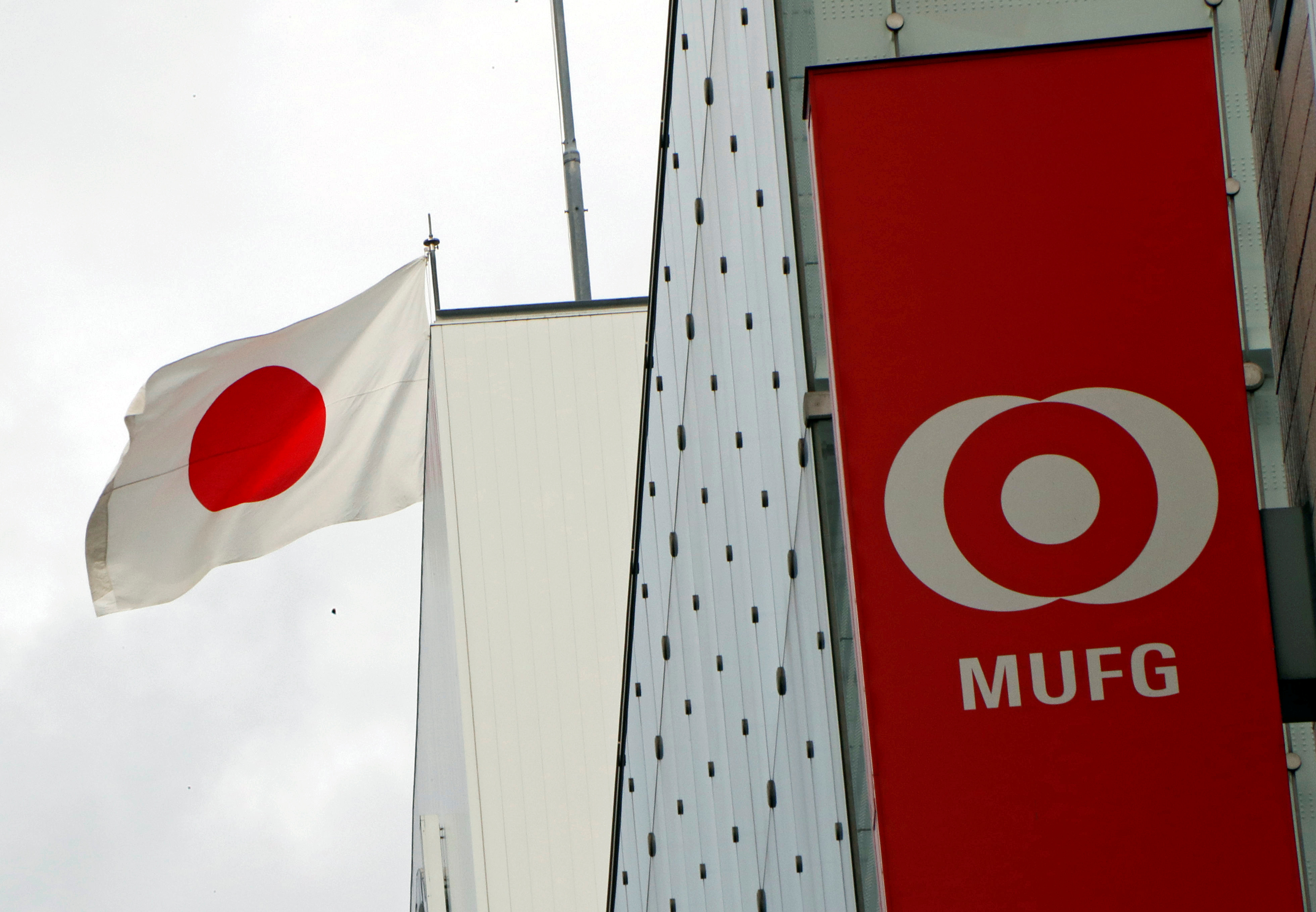 Top U.S. and European bank bosses have pulled out of Riyadh’s investment conference. Japanese rivals MUFG and Mizuho are relatively insulated from the same culture of protest. If anything, it’s a chance to court favour in the kingdom and increase their share of Saudi’s fee wallet.

Japan's national flag is seen behind the logo of Mitsubishi UFJ Financial Group Inc (MUFG) at its bank branch in Tokyo, Japan September 5, 2017.

The bosses of HSBC, Credit Suisse and Standard Chartered have cancelled their attendance at a Saudi Arabian investor event next week, bank spokespeople told Breakingviews on Oct. 16.

Mitsubishi UFJ Financial Group and Mizuho Financial Group declined to comment to Breakingviews on Oct. 17. Senior executives from the Japanese banks were among the first confirmed speakers at the summit before the list was removed from the website.

The decisions of prominent bank bosses to pull out of the summit in Riyadh, called the Future Investment Initiative, came after JPMorgan Chairman and Chief Executive Jamie Dimon cancelled on Oct. 14.

Jamal Khashoggi, a U.S. resident and Washington Post columnist critical of Riyadh’s policies, disappeared on Oct. 2 after entering the Saudi consulate in Istanbul. Turkey believes he was murdered and his body removed. Saudi Arabia has denied that.