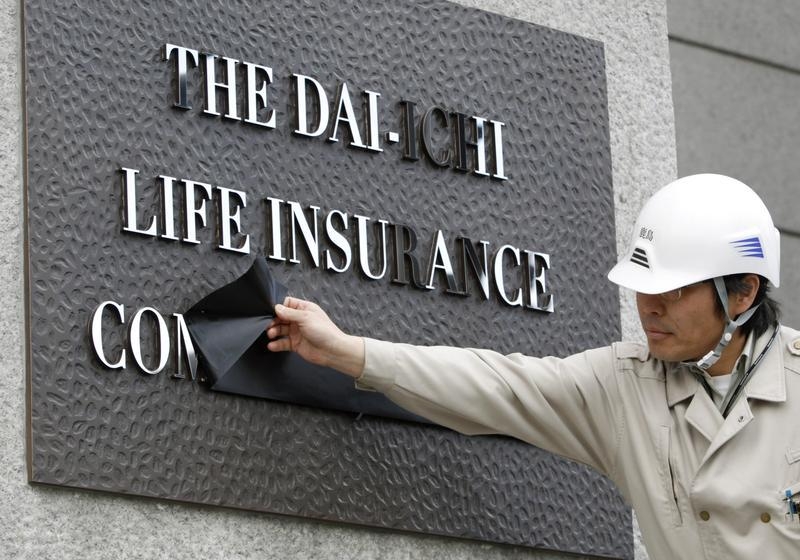 Dai-ichi Life is spending $5.7 bln in cash on Alabama-based Protective Life. Like many other Japanese acquirers, it’s paying a big premium for minimal synergies. Foreign insurers have struggled in America. But the need to escape a shrinking home market helps justify the risk.

A worker removes masking tapes from the new signboard of Dai-Ichi Life Insurance Company Limited at its headquarters in Tokyo April 1, 2010.

Dai-ichi Life announced on June 4 that it would buy Protective Life Corporation in an all-cash deal that values the U.S. insurance company at $5.7 billion.

Japan’s second-largest private insurer will pay $70 a share for Protective Life, a 34 percent premium to the company’s closing share price on May 30, before the Japanese Nikkei newspaper reported a deal was in the works.

Dai-ichi said the deal will create the 13th largest global insurer, with total assets of $424 billion. The Japanese group said it was not planning any significant changes to Protective’s strategy, day-to-day operations, distribution channels or employee base. The company’s current management, led by President and Chief Executive Officer John D. Johns, will continue to lead the business.

Dai-ichi said that on a pro-forma basis the acquisition would have lifted the contribution from international businesses to 36 percent of its net income in the most recent fiscal year.

The company said it had filed a registration to issue stock worth up to 250 billion yen ($2.43 billion).

As part of the deal, Protective is able to solicit competing offers. If it accepts another bid, it will pay Dai-ichi a break-up fee of $140 million.