A yen for commerce 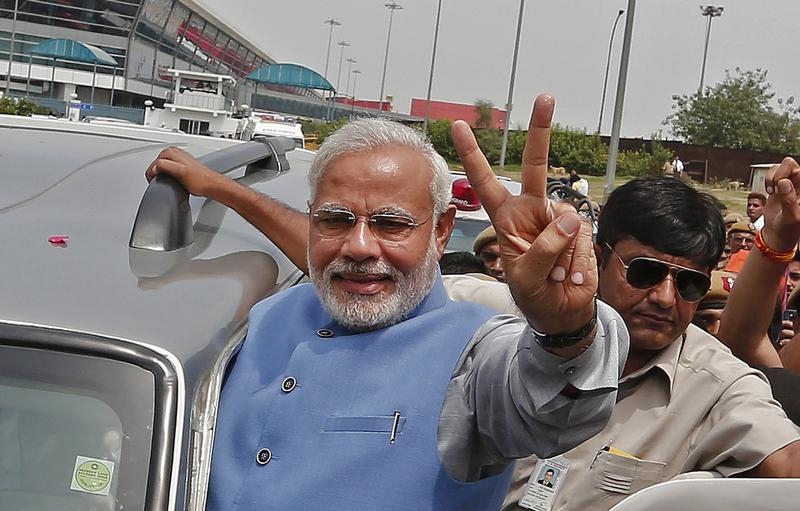 The new Indian leader has bagged a fat five-year investment commitment from his Japanese counterpart. India will buy foreign-made equipment in return for creating local jobs. Japan’s promise will embolden Narendra Modi to look for similar deals with China and others.

Narendra Modi, the prime minister-designate for India's Bharatiya Janata Party (BJP), gestures towards his supporters from his car during a road show upon his arrival at the airport in New Delhi May 17, 2014.

Under the accord, Japanese public and private companies will invest in urban infrastructure, transportation, manufacturing, water security, food processing and skill-development projects in India.

The benchmark Indian equity index, CNX Nifty, has climbed almost 30 percent since dates for the general elections were announced in early March.

Modi’s Bharatiya Janata Party won the parliamentary polls, held in April and May, with the most decisive electoral mandate since 1984.