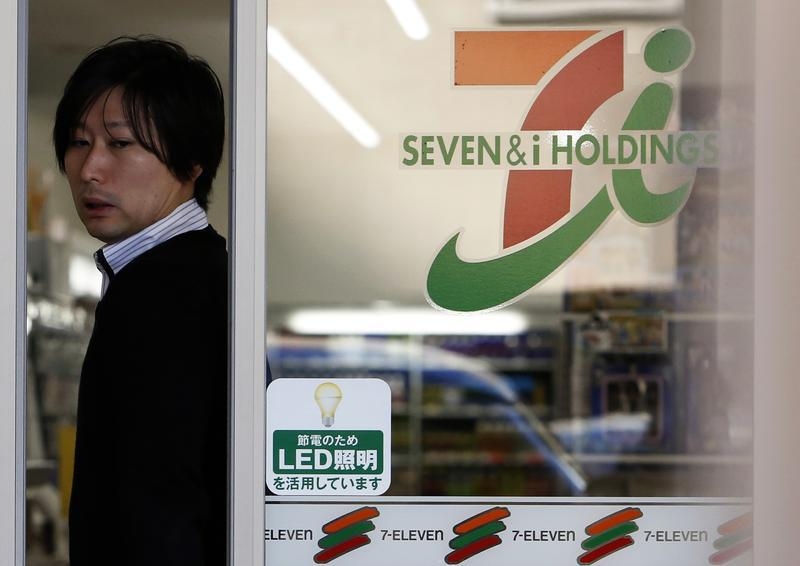 Seven & I Holdings looks ripe for shareholder activism. Dan Loeb’s Third Point has already tangled with Japanese corporate titans such as Sony and Suzuki Motor. Now the U.S. hedge fund has bought into the group behind 7-Eleven, Japan’s biggest convenience store chain. It could put a little more into shareholders’ baskets.

Third Point’s investment thesis is not clear. The fund has not confirmed the stake-building and Japan does not require investors to disclose holdings under 5 percent. It cannot simply be a valuation play, though. Like other Japanese retailers, Seven & I has rallied hard, giving it a mark-up worthy of a late-night corner store. The stock is up 39 percent in a year and as of Monday it was trading at 22 times forward earnings. That is 25 percent more than the median valuation over the last decade, Starmine shows.

Reuters says Third Point wants the $39 billion group to shrink its supermarket unit, which includes the Ito-Yokado superstores. Fair enough: this arm generates 33 percent of sales but less than 6 percent of operating income, since competition is far tougher than for the 18,000-odd 7-Eleven convenience stores.

Yet Seven & I already plans to close 40 supermarkets in the next five years and to give individual shops more freedom. The family behind Ito-Yokado, who remain big shareholders, might oppose more radical moves.

There are other ways for Seven & I to be more shareholder-friendly, though. Goals of a 10 percent return on equity, and a 35 percent dividend payout ratio look stingy set against rival Lawson, which earns a 13.5 percent ROE and distributes 70 percent of its earnings to investors. Super-high credit ratings suggest a conservative balance sheet is partly to blame. Longstanding Chairman and Chief Executive Toshifumi Suzuki is 82 and President Noritoshi Murata is 71, so some reassurance that succession planning is in hand would also be welcome.

Whatever happens, this will be a fresh test of Japan Inc.’s attitude to foreign agitators. Officially, a new shareholder-friendly era is underway. Loeb’s record is mixed: he made far more headway with Fanuc, a big robot-maker, than at Sony. His new target looks well-chosen.

A shopper is seen next to a logo of Seven & I Holdings at a 7-Eleven convenience store in Tokyo January 9, 2015. REUTERS/Yuya Shino

Third Point, the U.S. hedge fund run by Daniel Loeb, has bought a stake in Japanese retailer Seven & I Holdings, Reuters reported on Oct. 27, citing sources with knowledge of the matter.

The company’s main 7-Eleven business is Japan’s largest convenience store chain, with more than 18,000 outlets as of Sept. 30. Seven & I’s other brands include Ito-Yokado supermarkets and Sogo department stores.

It was not clear when Third Point acquired the stake, which is less than 5 percent of Seven & I, the sources said, asking not to be identified because the investment has not been publicly disclosed.

Third Point, whose previous investments in Japan include Fanuc, Sony and Suzuki, wants the Japanese retailer to downsize its general merchandise business to improve profitability, they said.