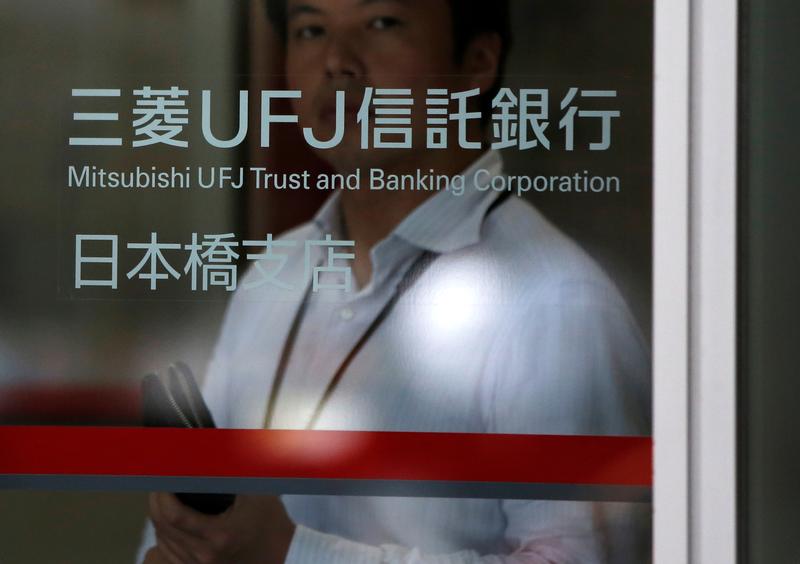 As companies slow investment and the central bank talks looser monetary policy, lenders like $62 bln Mitsubishi UFJ look poorly positioned to defend Japan against a slowdown. Tokyo may have to hurry through harsh medicine, including sector consolidation and even taxing deposits.

A visitor is seen at a branch of Mitsubishi UFJ Trust and Banking Corporation, the asset management unit of Japan's Mitsubishi UFJ Financial Group Inc. (MUFG), in Tokyo, Japan July 31, 2017.

On June 30, Sumitomo Mitsui Financial Group, the second largest bank by the same measure, reported a 5% decline in net profit in the three months through June, noting that its retail business suffered from adverse market conditions.

The Bank of Japan held its policy stance firm at a meeting on July 30 but downgraded inflation forecasts. In its statement it said it will ease "without hesitation" if there is a further loss of momentum.

Japan's factory output tumbled the most in nearly one-and-a-half years in June, sinking to 3.6% where analysts had expected a 2% drop.