A brake on profits 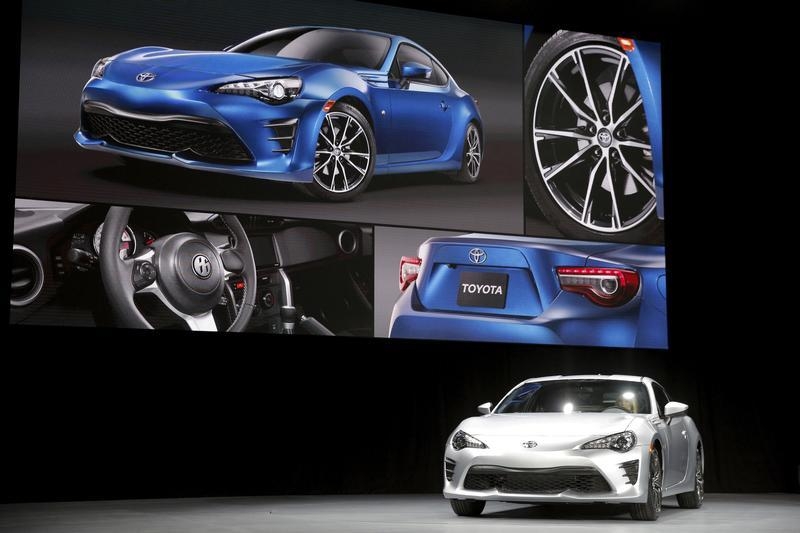 Japan’s carmakers are passengers in a wild currency ride. Their shares have crashed since Britain voted to quit the European Union. Fears about an economic slowdown and tariffs on UK-made cars play a role, but gyrations in foreign-exchange markets are mostly to blame.

At the close on July 4, shares in Japan’s “Big Three” – Toyota, Nissan, and Honda – and smaller peers Mitsubishi, Suzuki and Fuji Heavy stood between 6 and 13 percent lower than on June 23, before Britain opted for Brexit. Mazda, the worst hit, has lost more than a fifth of its value.

Those moves actually suggest investors are looking past short-term weakness. Goldman Sachs analysts, for example, have slashed current-year operating profit forecasts for Japanese car and truckmakers they assess by an average 18 percent.

Several factors are at play. First, economic uncertainty in Britain and across the continent is likely to dent demand for big-ticket purchases such as cars. Second, British exports to the EU might be hit with tariffs. That would especially hurt Nissan, which has the biggest UK presence. But as the terms on which Britain and the EU will eventually trade are still in flux the impact is nearly impossible to assess.

The third and largest effect comes from foreign exchange: a stronger yen, coupled with a weaker sterling and euro. For Japan’s Big Three, the hit is mostly in the form of translating overseas earnings into local currency. Three-quarters of the cars Toyota sells in Europe are also made there. So results reported in yen will fall even if the underlying European business is unaffected.

Smaller players like Mitsubishi or Mazda, which manufacture more at home, face a more severe impact. Japanese components and cars have now become more expensive in pounds or euros. So either overseas prices must rise, endangering market share, or margins must fall.

There is not too much the carmakers can do about this, apart from hoping that Japan’s leaders will find a way to weaken the yen again. The smaller manufacturers, in particular, do not produce in sufficient volumes to justify the outlay and risk of setting up new plants overseas. The selloff highlights just how exposed the sector is to currency market swings.

The 2017 Toyota 86 is seen on display during the media preview of the 2016 New York International Auto Show in Manhattan, New York, March 23, 2016. REUTERS/Brendan McDermid - RTSBX6T

Toyota Europe Chief Executive Johan Van Zyl said on June 29 that Japan's biggest carmaker saw no immediate change to its UK operations, though longer-term decisions would depend on the outcome of talks about Britain's exit from the European Union.

The same day, smaller rival Suzuki Motor <7269.T> said it expected post-Brexit currency market volatility would have a "major" impact on performance, and it would offset that by cutting costs and focusing on local procurement.

A statement from Prime Minister David Cameron's office on June 30 said Britain would do everything it could do safeguard Japanese investment in the United Kingdom, and it "would be important for Japanese companies to make their voices heard in the negotiations".

"One is a little worried until things become clearer," Nissan Chief Executive Carlos Ghosn said on July 2. "They will become clear the day we know the new status of the UK in Europe."