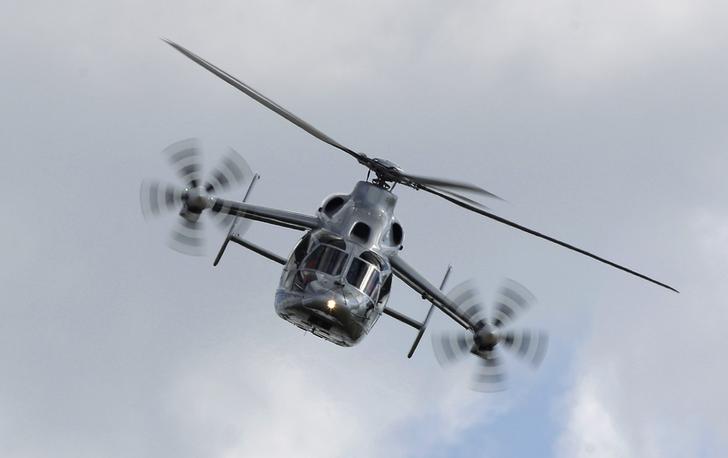 Japan could become the first rich nation to launch helicopter money. Dissatisfaction with deflation and growing disillusionment with quantitative easing might prompt the country to reach for the final trick in the monetarist playbook.

Economist Milton Friedman first conjured up the enticing image of bank notes dropping from the skies in 1969. Thirty years later, Ben Bernanke proposed a helicopter drop of cash as an antidote for Japan’s anaemic demand and falling prices.

The future Fed chairman’s suggestion was too outlandish for what was then still a conservative Bank of Japan. The central bank had already cut interest rates to zero, and subsequently embarked on quantitative easing. But that’s about as far as it has been prepared to go.

Yet QE is failing to live up to its billing. The monetary authority is buying staggeringly large quantities of financial assets from banks in return for newly-printed yen. Government bonds worth about $1.7 trillion – a quarter of the outstanding amount – have already vanished into the BOJ’s vaults.

This bond-buying spree has yet to launch a self-sustaining cycle of private demand, or lift inflation to the central bank’s 2 percent target. A panicky BOJ policy board decided in October to expand its asset purchases by as much as 60 percent.

QE makes cheap cash available to banks to lend, but they can’t do so unless there are willing borrowers with profitable investment opportunities – a problem in ageing Japan. This is where Friedman’s helicopter comes in by giving cash directly to households.

The mechanics would be relatively straightforward. Assume each of Japan’s 52 million households received a debit card with, say, 200,000 yen ($1,700) loaded onto it by the central bank. Any remaining balance on the cards would disappear after a year, ensuring that recipients spent the windfall. The move would inject an extra 10 trillion yen, or 2 percent of GDP, of private purchasing power into the economy. This in turn would encourage companies to invest and pay higher wages. The net effect would resemble a tax cut, but one financed by newly printed money rather than government debt.

For Japan, whose government debt already equals 245 percent of GDP, being able to stimulate the economy without having to sell more bonds would be a major advantage. Consumers could spend freely in the knowledge that they would not have to repay the windfall in future in the form of higher taxes.

But if Friedman’s helicopter is such a doughty anti-deflation tool, why has no central bank used it yet? The usual answer is that tax cuts are fiscal decisions that only elected governments can make. Monetising the government’s debt is a recipe for a debased currency and hyperinflation.

Japan has given cash to its citizens in the past and may do so again. But the cheques have always come from the government, not the central bank. Upsetting this status quo will mean the finance ministry loses control of fiscal policy. Politicians won’t let such a thing happen. The BOJ might also baulk at such a radical move: its policy board only narrowly approved the recent expansion of QE.

Yet Japan could introduce a money-financed tax cut by stealth. Suppose that QE ends in late 2016. By then, the BOJ will own almost two-fifths of Japan’s government debt. Any attempt to sell those bonds back to the private sector could undermine the country’s economic and financial stability.

Adair Turner, former chairman of Britain’s Financial Services Authority, has suggested converting the central bank’s government bonds into perpetual, zero-coupon securities. With one stroke of its pen, the government would be free of its obligation to repay the debt. The pressing need for Japan to raise taxes would vanish. The fragile consumer economy, which buckled under the burden of a modest increase in the sales tax last April, would breathe a sigh of relief. This too will be a money-financed tax cut by the back door, without the need for helicopters or debit cards.

Such an experiment in monetary manipulation would attract a worldwide audience. Many rich nations have depleted their rate-cutting arsenal. If the fight against long-term deflationary stagnation becomes a losing battle, Friedman’s helicopters might not just be flying over Japan.

In a January 2000 speech, titled “Japanese monetary policy: A case of self-induced paralysis?” Ben Bernanke, then a professor at Princeton University, argued that even with interest rates at zero, the Bank of Japan had at least three tools to beat deflation.

The central bank, Bernanke argued, could boost money supply by purchasing domestic assets such as Japanese government bonds. Or it could buy foreign securities to weaken the yen. “An alternative strategy, which does not rely at all on trade diversion, is money-financed transfers to domestic households - the real-life equivalent of that hoary thought experiment, the `helicopter drop’ of newly printed money,” he said.

An Eurocopter X3 helicopter is presented during the ILA Berlin Air Show in Selchow near Schoenefeld south of Berlin on September 13, 2012. Shares in EADS and Britain's BAE Systems tumbled on Thursday as investors feared that a planned tie-up aimed at creating the world's biggest defence and aerospace group could run up against political and regulatory obstacles.

In a January 2000 speech, titled “Japanese monetary policy: A case of self-induced paralysis?” Ben Bernanke, then a professor at Princeton University, argued that even with interest rates at zero, the Bank of Japan had at least three tools to beat deflation.

The central bank, Bernanke argued, could boost money supply by purchasing domestic assets such as Japanese government bonds. Or it could buy foreign securities to weaken the yen. “An alternative strategy, which does not rely at all on trade diversion, is money-financed transfers to domestic households - the real-life equivalent of that hoary thought experiment, the `helicopter drop’ of newly printed money,” he said.