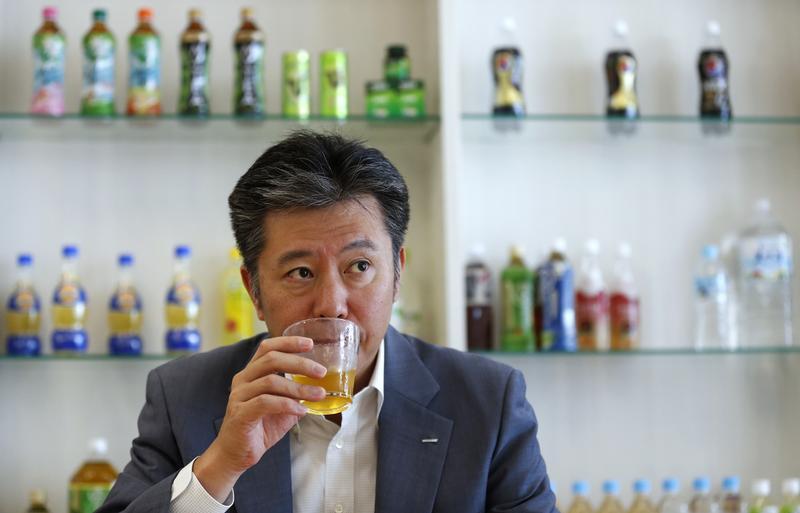 The privately-held booze group will borrow $14 bln to finance its bid for Beam, leaving it with more than twice the leverage of big rivals. Ultra-low funding costs make the debt burden affordable until growth comes through. The lesson will not be lost on the rest of Japan, Inc.

Suntory Beverage and Food President Nobuhiro Torii drinks the company's Iemon green tea during an interview with Reuters at the company headquarters in Tokyo July 10, 2013.

Suntory Holdings is to acquire U.S. spirits group Beam for $16 billion including debt. The deal will help the Japanese group challenge Diageo and Pernod Ricard by creating the world’s third-largest spirits maker.

Beam’s management will continue to run the business, which is based outside Chicago.