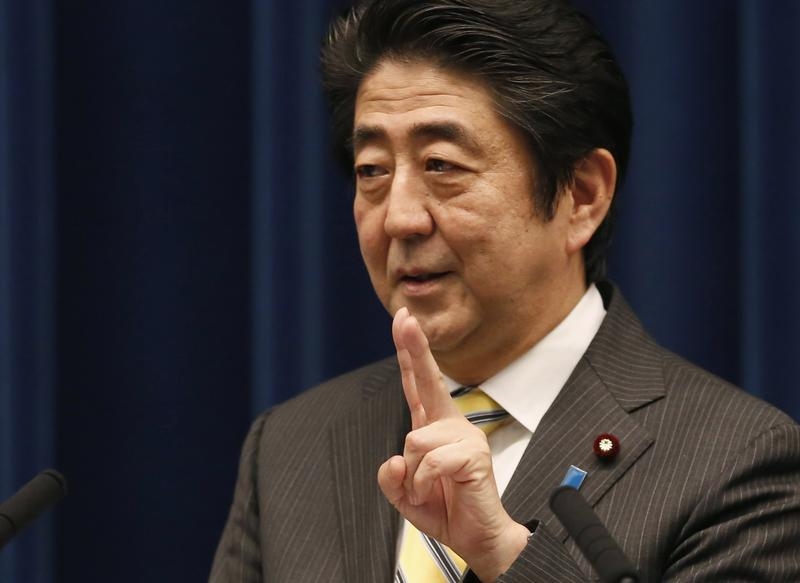 Shinzo Abe wants to prove his reform credentials by cutting Japan’s 36 percent corporate tax rate. But the prime minister’s plan could backfire and end up harming his anti-deflation campaign.

The Japanese government on June 24 announced a plan to slash the rate to less than 30 percent over the next several years. There’s no clarity yet on the final rate, or how the largesse will be funded.

The plan’s vagueness is disconcerting, but its rationale is dubious, too. Japan’s overall tax-to-GDP ratio is low among rich countries. Less than a third of companies pay any taxes, and the effective rate for large conglomerates is just 13 percent. Although the burden will rise with improving profitability, the increase won’t be dramatic: companies will use past losses to keep their payouts low for years.

A tax cut could spur domestic investment, according to a recent Reuters poll of corporate executives. But the gains would be limited. The same survey shows that companies also have a fairly strong preference for saving the windfall. With little or no pickup in economic activity, even small sums in foregone taxes could bloat the government’s debt, already alarmingly high at 243 percent of GDP.

To convince bond investors that his tax cut is not fiscally reckless, Abe will have to find alternative sources of revenue. Slapping higher levies on a shrinking, ageing workforce is not an option, and charging consumers more will be tough. Raising the sales tax beyond next year’s planned increase to 10 percent could crunch consumption, and push the economy into another deflationary spiral.

Passing off a risky, half-baked gamble as growth strategy smacks of desperation. Clearly, Abe isn’t having much luck with more meaningful reforms, such as slashing import tariffs on farm goods or loosening up immigration. The promised wage boost for Japanese workers has also failed to materialize. A lower corporate tax rate could give a temporary lift to stock prices. But if debt sustainability concerns arise after the Bank of Japan stops buying government debt by the truckload, bond yields may spike. What’s being billed as key part of Abenomics could end up undermining it.

Japanese Prime Minister Shinzo Abe unveiled a plan on June 24 to cut the country’s corporate tax rate to below 30 percent over the next several years, without specifying the exact scale or the time frame of the reduction.

The tax is currently almost 36 percent for large companies operating in Tokyo. The announcement was part of a package to boost Japan’s long-term economic growth.

A Reuters Corporate Survey, conducted in early June, showed senior managers picking investment in plant and equipment in Japan as their top choice for how they would use the proceeds from a tax cut. Boosting internal reserves was their second-most preferred choice.