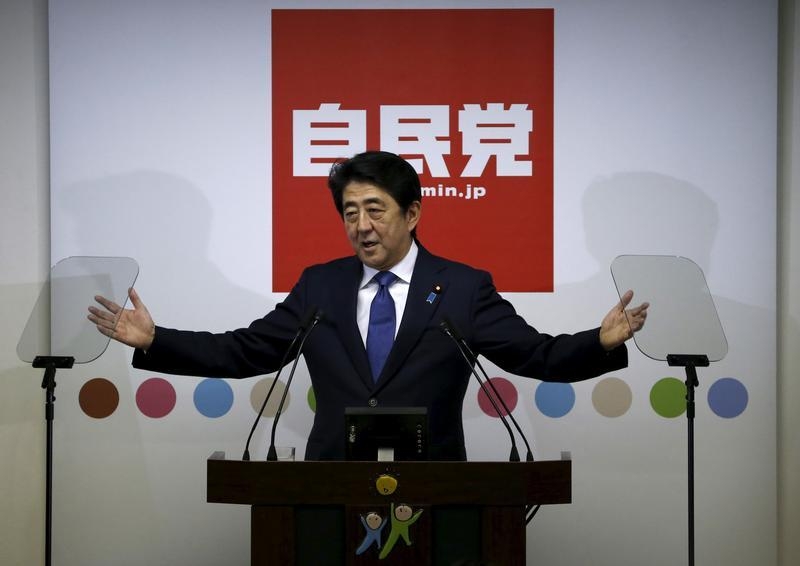 Prime Minister Shinzo Abe has pledged to expand the economy by more than a fifth. That looks fanciful with prices falling once again. A credible objective would need central bank support and better-defined tools. Even so, targeting nominal economic activity has merit.

Japan's Prime Minister Shinzo Abe, who is also the ruling Liberal Democratic Party leader, gestures during a news conference after he was re-elected as the party leader at the party headquarters in Tokyo September 24, 2015. Abe said on Thursday that Japan's economy was no longer in deflation and was approaching a sustained end to years of persistent price declines. He said the government would deploy three new arrows of "Abenomics", which are to bolster the economy, offer support to families raising children and promote social welfare reforms. REUTERS/Issei Kato

It was the first decline since April 2013, when BOJ Governor Haruhiko Kuroda launched his massive asset-buying programme dubbed “quantitative and qualitative easing” (QQE), a sign his sweeping campaign has failed to accelerate inflation toward his ambitious target.

When stripping away the effect of energy and food costs, however, consumer inflation accelerated to 0.8 percent in August from 0.6 percent in July.