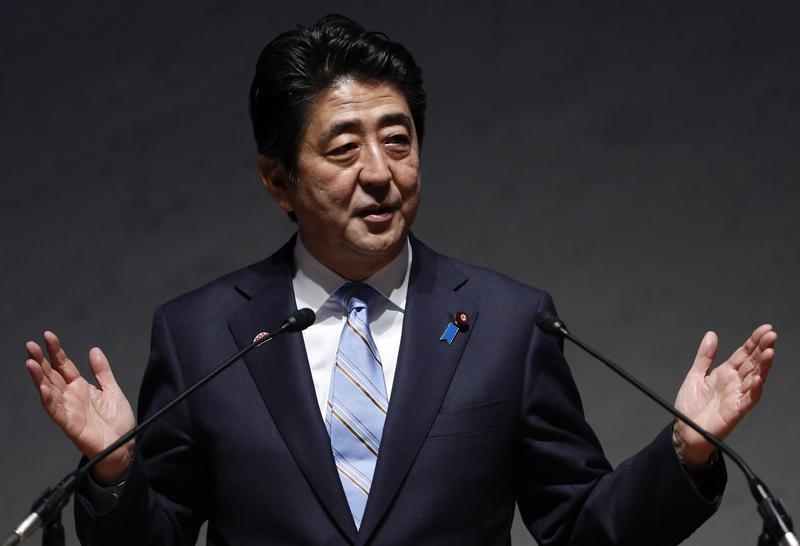 Higher sales taxes have crushed consumption, forcing Tokyo to lower its assessment of the economy. The Bank of Japan’s money-printing and the weaker yen cannot reverse the savings glut. The government needs a short-term fiscal boost to prevent a setback from becoming a slump.

Japan's Prime Minister Shinzo Abe gestures as he gives a speech during the World Assembly for Women (WAW! Tokyo 2014) in Tokyo September 12, 2014.

Japan’s government cut its overall economic assessment for the first time in five months on Sept. 19, saying that consumer spending may have paused.

“The Japanese economy is on a moderate recovery, while weakness can be seen in some areas,” the Cabinet Office said in its monthly economic report for September. Private consumption accounts for about 60 percent of the economy.

Japan raised its sales tax from 5 percent to 8 percent on April 1. GDP shrank by an annualized 7.1 percent in the April-June quarter, compared with the previous three months. Household consumption slumped by 19.5 percent.

Confidence at Japanese manufacturers fell the most in nearly two years in September, the monthly Reuters Tankan poll showed.