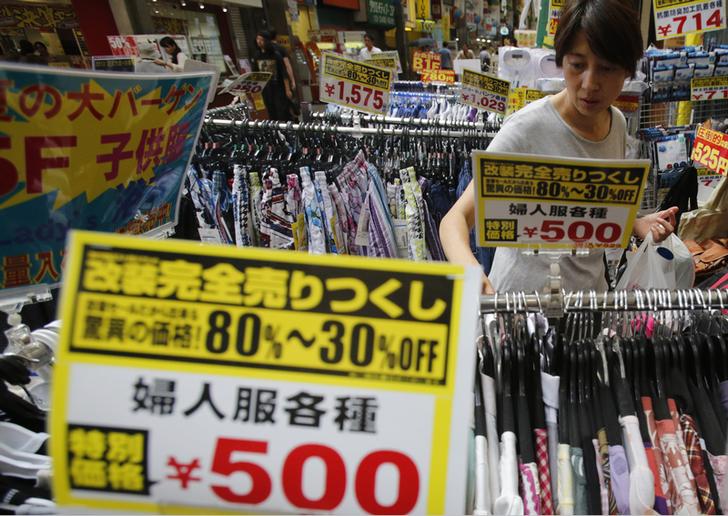 Prime Minister Shinzo Abe has unveiled a $51 billion stimulus to help offset next year’s increase in the sales tax. That should soften the impact on spending. But if consumers do catch a deflationary chill, the government can count on the Bank of Japan to crank up money printing.

A woman looks at clothes at a local shopping street in Tokyo August 12, 2013.

Japan’s Prime Minister Shinzo Abe announced on Oct. 1 that he had decided to go ahead with a 3 percentage point increase in the country’s sales tax to 8 percent from April 2014.
The increase, which parliament had agreed on before a change in political leadership in December last year, is expected to raise between 7.5 and 8 trillion yen ($76 billion to $81 billion) annually in additional revenue.
To mitigate the impact on consumption of a tax increase, the government on Oct. 1 announced a fresh 5 trillion yen ($51 billion) stimulus. The package includes aid for homebuyers and a public works programme in preparation for the 2020 Tokyo Olympics, Reuters reported earlier, citing a final draft.
Among other steps, a 10 percent surcharge on the basic corporate tax rate of 25.5 percent, introduced in 2012 to pay for earthquake reconstruction, will be eliminated next year. The surcharge was scheduled to be phased out in 2015.
The benchmark Tokyo Stock Exchange TOPIX index rose 0.5 percent to 1200.25 at 1:30 p.m. in Tokyo (0430 GMT). The yield on the 10-year Japanese government bond was 0.66 percent. The yen traded at 98.34 against the U.S. dollar.