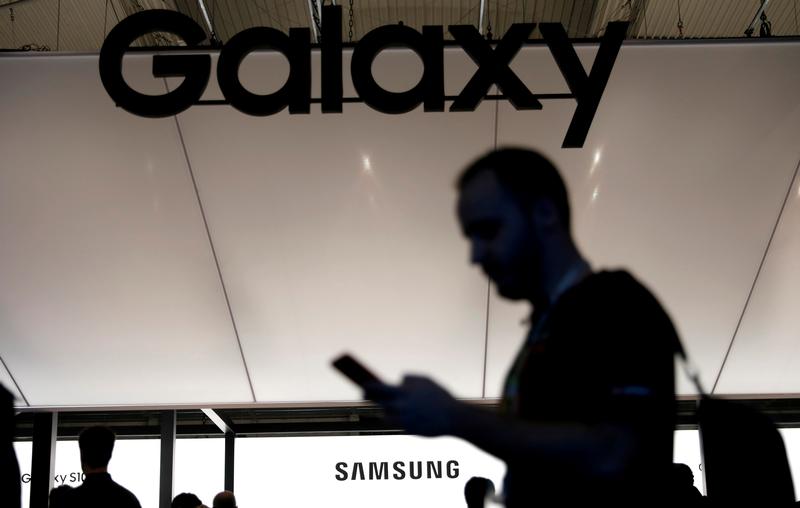 Tokyo is curbing exports of tech materials to South Korea over a wartime spat. Hardest hit may be the $260 bln handset maker, which expects second-quarter operating profit to fall by 56% amid U.S.-China tensions. If supply chains keep getting disrupted, so too should valuations.

FILE PHOTO: A visitor uses a mobile phone at the Samsung booth at the Mobile World Congress in Barcelona, Spain, February 26, 2019. REUTERS/Rafael

South Korea’s Samsung Electronics said on July 5 it expects operating profit in the three months to June to be 6.5 trillion won ($5.6 billion), a decrease of 56% from a year earlier. The company, which will publish detailed earnings in late July, said the figure includes one-off gains from its display division, but did not elaborate.

Separately, Japan has implemented export restrictions on certain high-tech materials to South Korea. As of July 4, companies exporting fluorinated polyimides, used in smartphone displays, will need official permission for each shipment. Other restricted materials include resists and hydrogen fluoride, used to make semiconductors.

South Korea’s finance minister said on July 4 that “corresponding measures against Japan cannot be ruled out”, according to Reuters. The presidential office in Seoul also said in a statement that it plans to actively seek diplomatic countermeasures, including complaining to the World Trade Organization against the "retaliatory" export curbs.