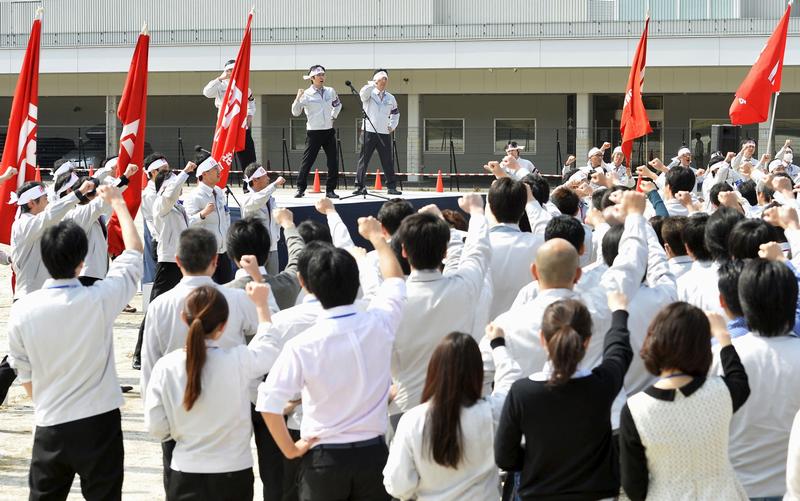 Staff are due another year of tiny pay rises. That reflects deep corporate caution, and will not help generate healthier levels of inflation. But the balance of power is ripe to shift in employees’ favour, leading to more robust wage growth and easing a big headache for Japan.

Members of the workers' union of Toyota Motor Corp. raise their fists as they shout slogans during a rally for the annual "shunto" wage negotiations at the company headquarters in Toyota, central Japan, in this photo taken by Kyodo March 8, 2016. Mandatory credit REUTERS/Kyodo

Major Japanese companies have offered staff on average a 0.3 percent hike in annual base pay from April, Reuters reported on March 15, citing analysts. That marks the lowest increase in the annual "shunto", or wage negotiations between employers and unions, for four years.