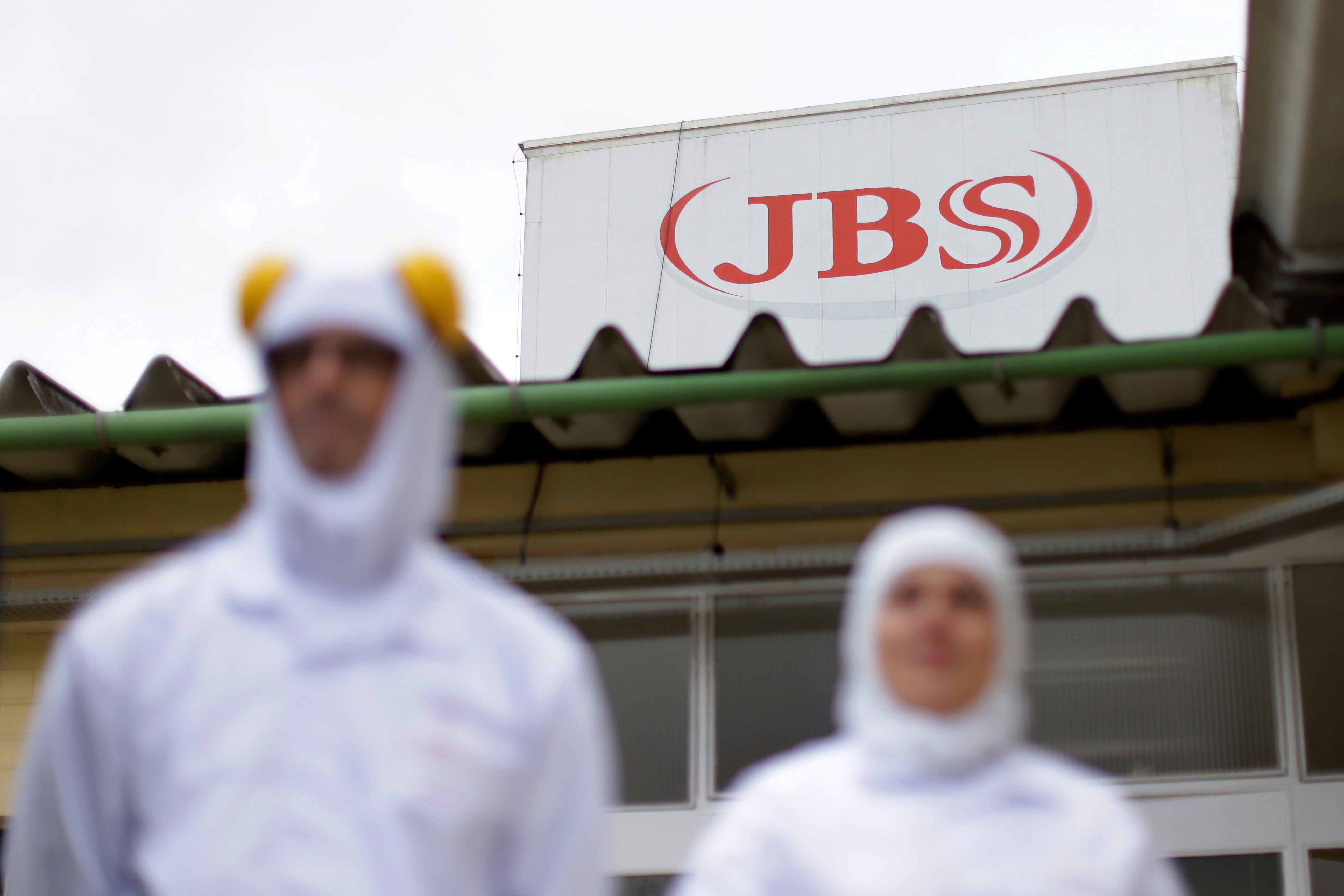 The scandal-plagued Brazilian meatpacker raised a much-needed $1 bln by selling a poultry business to Pilgrim’s Pride. That gave investors a bit of a high after the low provided by the unraveling of the controlling family’s corruption plea deal. More stomach-churning lies ahead.

Employees are seen during a technical visit of Brazil's Agriculture Minister Blairo Maggi (not pictured) at the Brazilian meatpacker JBS SA in the city of Lapa, Parana state, Brazil, March 21, 2017.

In a statement, Pilgrim's Pride said the purchase of Moy Park was negotiated and approved by a special committee comprised of three independent board directors. The committee "was advised independently and had been granted full authority" over all aspects of the transaction, the statement said.

JBS plans to use proceeds from the sale to accelerate short-term debt repayments.

JBS shares were up almost 1 percent in early Brazilian trading after initially dropping more than 3 percent. Pilgrim's Pride shares were down 2.6 percent.

Brazilian federal police raided the home of billionaire Joesley Batista, who surrendered to authorities on Sept. 10 after losing immunity from prosecution amid a corruption scandal, two people familiar with the situation said on Sept. 11.

Federal Supreme Court Justice Edson Fachin approved the raids, which included the São Paulo headquarters of J&F Investimentos, the police said in a statement. J&F is the company through which Batista and his older brother Wesley control JBS, the world's No. 1 meatpacker.