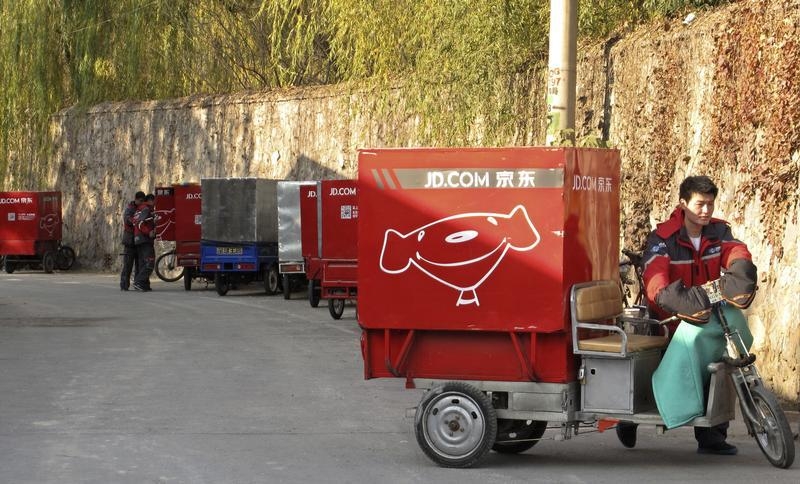 JD.com doesn’t belong on the share buyback bandwagon. China’s second largest e-commerce group has set aside up to $1 billion to repurchase shares. After a selloff, JD understandably wants to signal it is undervalued. But this is not a mature business throwing off cash: it’s still growing and investing, and only last year raised over $2.8 billion by selling new shares.

Just three months ago, shares in the New York-listed company hit a high of $38. Since then, amid a broader rout in Chinese stocks, the stock has fallen 35 percent, erasing more than $18 billion in market value. Now it is joining other Chinese tech firms, like larger rival Alibaba and search giant Baidu, in unveiling a buyback programme.

Yet JD is still investing heavily in its barely profitable, fast-growing business. The group’s Amazon-like direct sales model requires financing and holding a lot of inventory, while maintaining a logistics and delivery network across China.

Revenue for the quarter ending June jumped 61 percent year-on-year to $7.4 billion, but fulfillment expenses increased just as fast to $500 million. Stripping out share-based expenses and other items, net margins are basically at zero.

And JD is also spending heavily on acquisitions to broaden its business. In January, JD invested $400 million in cash and $750 million in resources in a car website. It spent another $350 million on a travel website in May, and about $700 million on a supermarket operator in August.

Almost $4 billion of net cash, as of June, is a decent warchest. But JD is not generating huge amounts of fresh cash. While free cash inflow in the second quarter was $762 million, that strips out $820 million extended to customers and suppliers via “internet financing activities”.

At least JD has unveiled this programme after a slide in its shares: too many companies buy at the top of the market. And it may not use all of its allowance. But at this stage, JD has better ways to deploy capital.

JD.com, China’s second largest e-commerce company by sales, said it planned to buy back up to $1 billion of its American Depositary Shares over the next two years on Sept. 8.

At least three other U.S.-listed Chinese internet groups have announced buyback plans since late July. Baidu, which operates China’s leading search engine, said it may repurchase up to $1 billion of its shares over one year, while rival e-commerce group Alibaba also announced a similar programme of up to $4 billion over two years. Internet portal and gaming group NetEase said on Sept. 1 that it plans to spend a maximum of $500 million over the next year on buybacks.

In May 2014 JD.com floated on Nasdaq. It raised gross proceeds of more than $1.5 billion by selling new shares as part of the initial public offering, and a further $1.3 billion by selling a stake to existing shareholder Tencent.

Its shares have fallen over 35 percent since hitting a high in mid June.