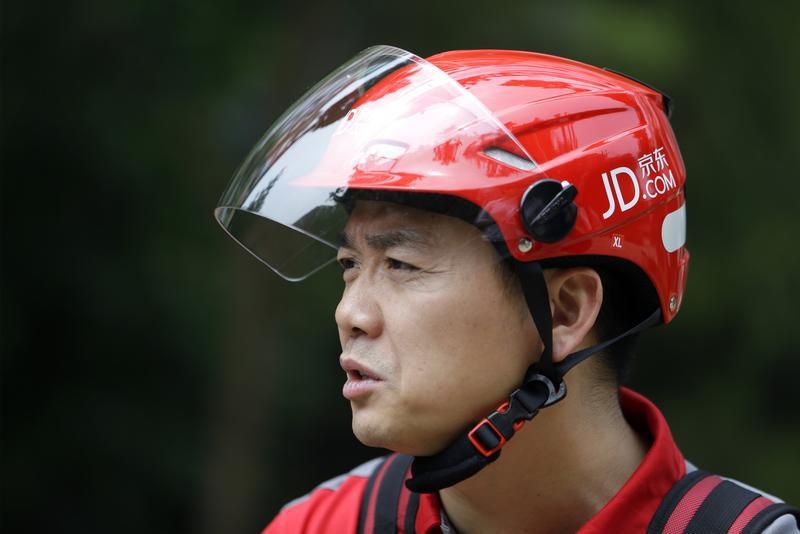 JD.com is following Alibaba’s route to e-commerce profit. Transactions on the group’s marketplace, which matches buyers to retailers, more than trebled in the fourth quarter, far outstripping growth in the group’s direct sales business. Acting as a middleman, like the larger Alibaba, may offer better margins. Though earnings are still absent, they are starting to look less elusive.

China’s number two internet retailer is best known for selling goods directly to customers. The company generates the bulk of its total revenue from this Amazon-like business, which brought in $5.2 billion in the quarter ending December, up 67 percent on the same period a year earlier. Yet growth in JD.com’s marketplace, which acts as a middleman connecting brands with buyers, appears even more impressive. The total value of transactions on the platform grew 220 percent in the quarter. Though the company does not break out marketplace revenue, sales in the broader services segment – which includes transaction and advertising fees paid by retailers – reached $377 million, up 199 percent from the same period the year before.

The shift is a welcome sign for loss-making JD.com. The group’s direct sales model requires it to finance and manage a large inventory, while maintaining a capital-intensive logistics and infrastructure network of 123 warehouses and 3,210 delivery stations across China. Fulfilment costs have ballooned, jumping 107 percent in the quarter due to an expansion of JD.com’s delivery network. Even after stripping out stock awards and non-cash marketing costs arising from last year’s tie-up with social media giant Tencent, the group is just breaking even.

Better margins may be on the horizon for investors. Charging fees to match buyers and sellers – as rival Alibaba does with its Tmall site – is less capital-intensive than holding more inventory, and therefore should be easier to expand. JD.com can also offer access to its warehouses and delivery networks to its 60,000 retailers for a fee – potentially giving the group an edge over Alibaba when it comes to attracting merchants.

Building up the marketplace model will take time, and competing head on with Tmall, which has over 60 percent of the business-to-consumer online shopping market, may limit profitability. But JD.com’s path to earnings is looking clearer.

JD.com, China’s second largest e-commerce group, reported revenue of $5.6 billion in the fourth quarter of 2014, an increase of 73 percent from the same period the previous year.

The company reported a net loss of $73.2 million for the quarter. Excluding the costs of share-based compensation and amortisation of intangible assets, it made net income of $13.5 million.

Direct sales, where JD.com manages its own inventory, accounted for 56.4 percent of GMV in the quarter. The remainder came from the company’s marketplace, which matches buyers with retailers.