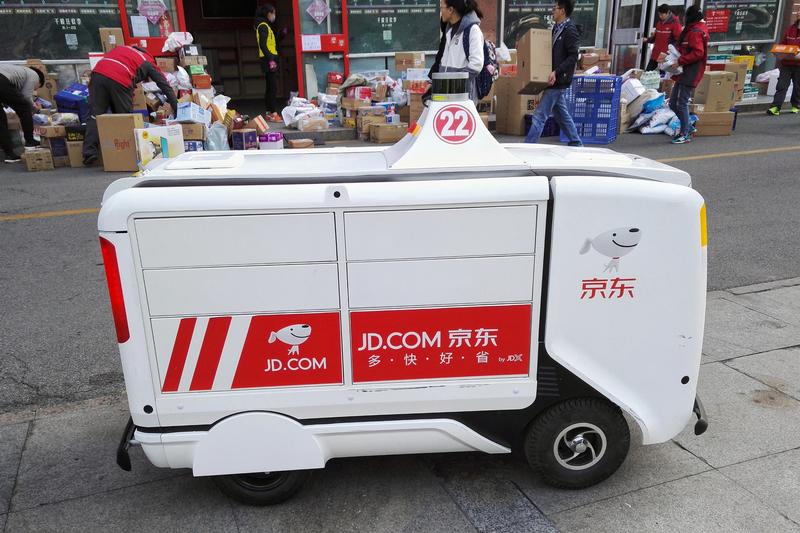 The Chinese e-commerce group’s sales rose by more than a fifth to top $20 bln in the fourth quarter. But heavy investment in new bets means JD is barely breaking even. Financial discipline would help, but may not be enough to counter cooling demand and competition from Alibaba.

A JD.com driverless delivery robot is seen in front of parcels outside a JD.com logistics station at Renmin University of China a day after the Singles Day online shopping festival, in Beijing, China November 12, 2018.

China's JD.com on Feb. 28 reported revenue in the three months to December of 135 billion yuan ($19.6 billion), an increase of 22.4 percent from the same period last year.

Net loss for the quarter was 4.8 billion yuan, compared to 900 million yuan in the previous year. Excluding stock-based compensation and other one-offs, the company reported an adjusted net profit of 750 million yuan.

In December, U.S. prosecutors decided not to charge JD.com's chief executive officer, Richard Liu, after he was accused of rape and arrested in the state of Minnesota.

Separately, the company also said in December that it will buy back up to $1 billion of its shares over the next 12 months.