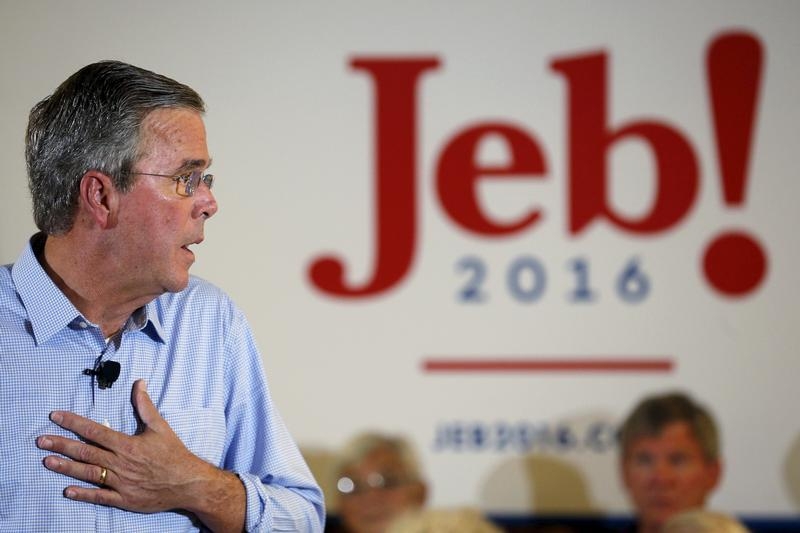 Former Florida Governor Jeb Bush has dropped out of the Republican presidential race, putting an end to a candidacy that raised some $150 million and had the backing not just of the party establishment, but much of Wall Street. His withdrawal sends financial heavyweights recalculating whether there is a return to be had on backing a candidate to contest Donald Trump’s widening lead.

Bush ended his White House bid after a dismal fourth-place finish in the South Carolina presidential ballot. That wasn’t how the story was supposed to end. The moderate Republican launched his candidacy with the biggest war chest and strong backing from influential supporters. Even before declaring his candidacy, private-equity boss Henry Kravis hosted a fundraiser for his Right to Rise PAC at his Park Avenue apartment. More than 50 Goldman Sachs executives and staff sent hundreds of thousands of dollars into his campaign’s coffers.

But the former front-runner faltered in awkward debate performances and stilted stump speeches, while brash real-estate developer Trump rose in the polls. The surreal outcome has stunned the party establishment, which is now agonizing over where to throw its support. Florida Senator Marco Rubio is the natural heir as a former Bush mentee. But there have been three ballots so far and Rubio has yet to win one of them. His technical second-place finish in South Carolina barely edged out Texas Senator Ted Cruz. Cruz also continues to beat Rubio in national polls and won the Iowa ballot.

With 32.5 percent of the vote in South Carolina, Trump had a comfortable lead over both of them and he won by an ever wider margin in the New Hampshire race earlier this month. Those who backed Bush don’t want to throw away their support and money the next time around. But there’s no sure winner against Trump. If it looks like Trump will grab the nomination, some party members have contemplated sitting out the 2016 race. Privately, some say they might even opt to vote for Hillary Clinton, the former secretary of state, if she wins the Democratic nomination.

With every Trump win, the Republican establishment is coming closer to the conclusion that Bush reached: maybe it’s just not their year.

Donald Trump won the Feb. 20 ballot in South Carolina on the road to the Republican presidential nomination, with 32.5 percent of the vote. Florida Senator Marco Rubio slightly edged out Texas Senator Ted Cruz for second place, with 22.5 percent of the vote compared to 22.3 percent, respectively.

Former Florida Governor Jeb Bush, once the front-runner, came in fourth place with 7.8 percent of the ballot. Bush announced he would be suspending his White House campaign.

On the Democratic side, Hillary Clinton won with 52.7 percent of the vote in the Nevada caucus, compared to 47.2 percent for Vermont Senator Bernie Sanders.

The parties now switch states with the Republicans voting in Nevada on Feb. 23, and the Democrats in South Carolina on Feb. 27.