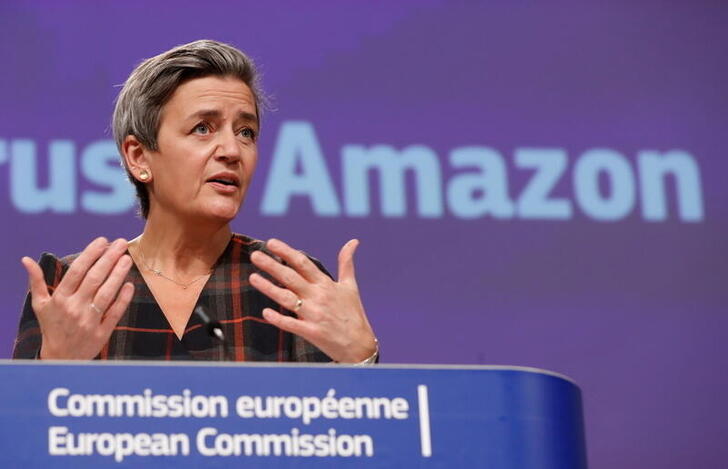 The Amazon CEO may balk at charges from Europe’s antitrust tsar that his company distorts retail competition. Possible remedies, like sharing data or erecting internal firewalls, will hurt. Still, Vestager is trying to cope with Amazon’s dominance, not end it. That’s something.

"The Commission takes issue with Amazon systematically relying on non-public business data of independent sellers who sell on its marketplace, to the benefit of Amazon's own retail business, which directly competes with those third party sellers," the European Commission said in a statement.

It also launched a second investigation into the possible preferential treatment of Amazon's own retail offers and those of marketplace sellers that use Amazon's logistics and delivery services.

The company said it disagrees with the Commission’s assertions. “Amazon represents less than 1% of the global retail market, and there are larger retailers in every country in which we operate. No company cares more about small businesses or has done more to support them over the past two decades than Amazon. There are more than 150,000 European businesses selling through our stores that generate tens of billions of euros in revenues annually and have created hundreds of thousands of jobs.”