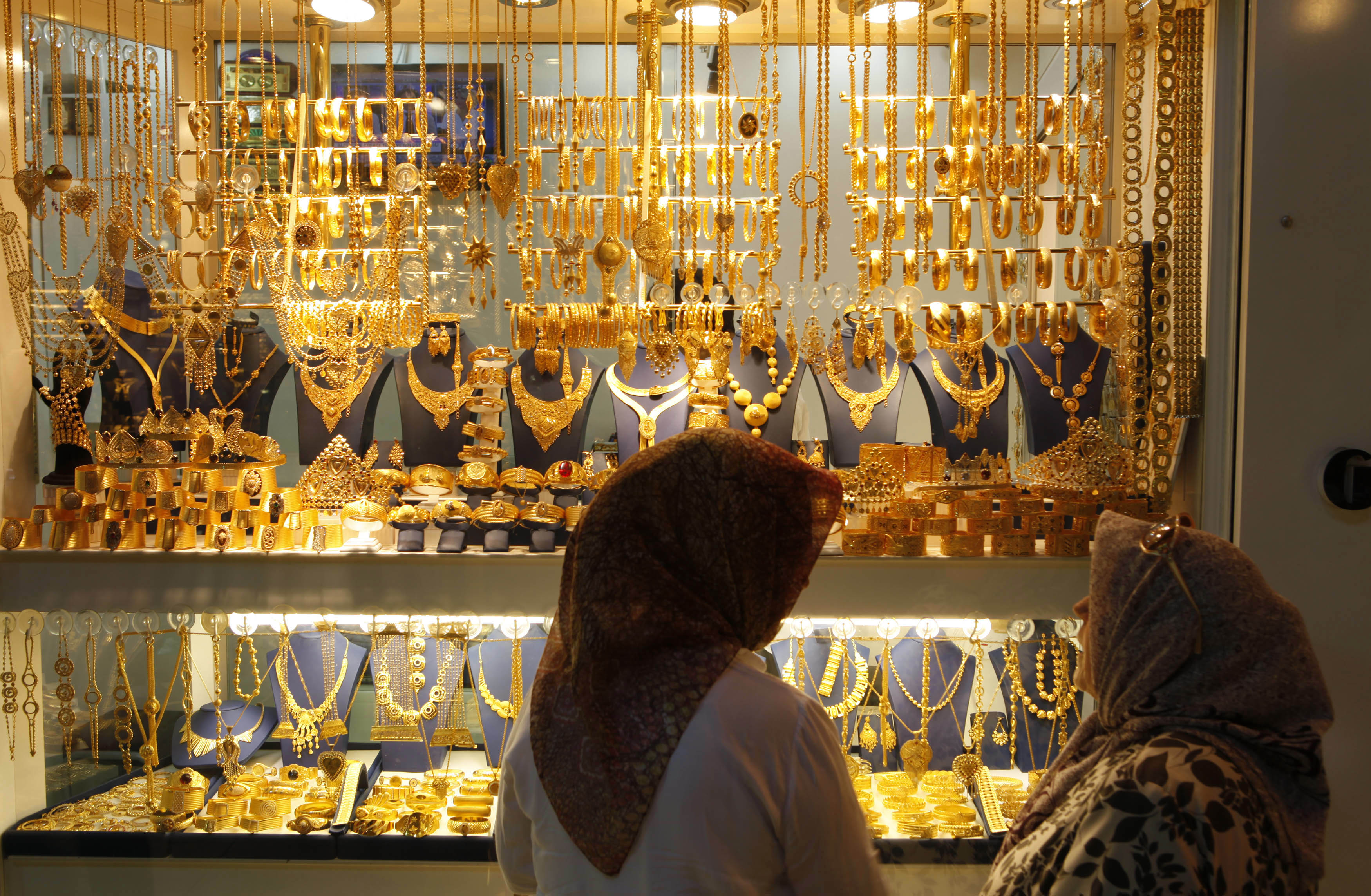 Gold has a dual personality. Many think it is the ultimate hard currency. Others like it because it looks pretty. And while its price climbed high as investors have sought shelter from the financial crisis, gold has behaved more like a risk asset recently.

Despite the fresh mess in the euro zone, gold dropped to a four-month low, below $1,600 an ounce. Scared investors are moving into dollars, Treasuries and Bunds. But not gold. With the greenback’s rise against the euro keeping gold bugs on the sidelines, it may fall to physical buyers to put a floor under the price. But jewellers and other buyers who like gold “because it’s pretty” are feeling the pinch too. Especially in India and China, the world’s biggest consumers of the metal.

Political upheavals in Greece and fresh pressure on Spanish banks have pushed euro zone policymakers back into crisis mode. In recent years that sort of pressure has been positive for gold, but this time there is little evidence that it’s led to an uptick of fear-driven buying.

Asian buyers may be attracted by the lower prices. Shanghai trading picked up as the price fell below $1,600. Gold demand in India was twice the usual daily average on May 9, according to UBS. But that was helped by the lifting of a controversial excise tax on precious trinkets and the Indian government’s attempt to shore up the rupee.

More aggressive physical buying may eventually put a floor under prices. But gold’s 18 percent slide from its September 2011 peak of $1,920 an ounce needs to be seen in proper context. Years of elevated gold prices have pushed jewellery demand down by a quarter over the past decade. The metal still trades at more than double what it cost before the financial crisis kicked into high gear in 2008.

Global markets seem to be simultaneously fearing a fresh existential crisis for the euro zone while ruling out the prospect of additional U.S. quantitative easing – or at least assuming that it is unlikely. Gold bugs might argue that gold is the most reliable port in the on-going financial storm. The dearth of safe-haven buying seems to suggest gilt-edged doubters are getting the upper hand. Absent a clear signal that the U.S. central bank is prepared to open the money spigot again, gold’s lacklustre performance could well continue.

Spot gold prices fell to a four-month low on May 11 as waning appetite for investment risk hurt the euro and other assets like stocks and crude oil.
The yellow metal’s spot price fell more than 1 percent to $1,575 an ounce in morning trading, down 12 percent from February’s high of $1,785 per ounce and 18 percent off last September’s high of $1,920 per ounce.

A jewellery shop in Istanbul

Spot gold prices fell to a four-month low on May 11 as waning appetite for investment risk hurt the euro and other assets like stocks and crude oil.
The yellow metal’s spot price fell more than 1 percent to $1,575 an ounce in morning trading, down 12 percent from February’s high of $1,785 per ounce and 18 percent off last September’s high of $1,920 per ounce.