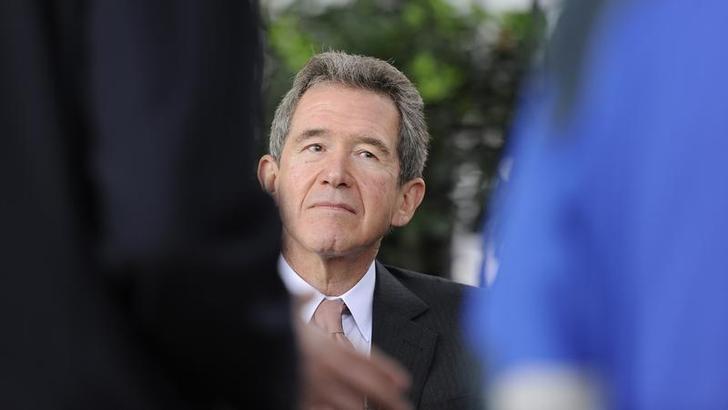 The former BP boss will head L1, a $10 bln energy fund owned by oligarch Mikhail Fridman. The duo once sparred over BP’s assets east of the Urals. Their alliance today highlights the deal opportunities created by oil’s rout – even if L1’s Russian roots are a problem.

John Browne listens to a question during a television interview in central London.

On March 2, John Browne was named executive chairman of L1, the energy investment arm of Russian billionaire Mikhail Fridman’s LetterOne. The former BP chief executive said he shared L1’s ambition of building a new energy company “at a time of great change in the sector.” L1 Energy will be capitalised with $10 billion of equity from LetterOne.

LetterOne on March 2 bought the oil and gas assets of Germany’s RWE despite objections from the UK government. The deal valued RWE DEA at 5.1 billion euros. However, UK Energy Secretary Ed Davey said he was concerned that if future Western sanctions were extended to Fridman or his company, that would affect the operation of 12 North Sea fields and create safety and environmental risks. Davey said he was “minded” to require a sale to a third party. Fridman said he would take legal action if this was the case.