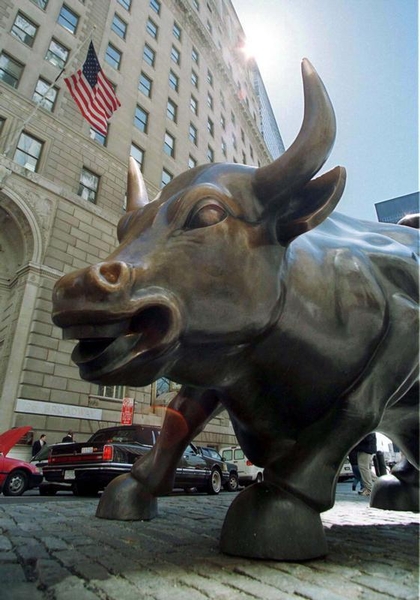 John Gutfreund is taking an old Wall Street model to the grave. Salomon Brothers’ boss during the 1980s died on Wednesday, age 86. His tenure marked the vanguard of investment banks moving from partnerships into trading powerhouses – and ultimately into scandal.

In many respects, Gutfreund – immortalized in Michael Lewis’ “Liar’s Poker” – helped lay the groundwork for the excesses that took the industry to the brink of disaster almost two decades after he was forced out. But Gutfreund’s era was one where bankers could only put their own firms and personal wealth, rather than the global economic system, at risk.

Gutfreund (pronounced “good friend”) started to shake up the firm and its industry within three years of taking the helm in 1978. He did so by selling it for $557 million to Phillips Brothers, the Glencore of its day, in a deal that prompted Billy Salomon, who had hand-picked Gutfreund as his successor – to lament that his “materialism is disgraceful.”

That marked the first time that a major Wall Street bank was publicly traded – and transferred the bulk of the risk away from employees to shareholders. The combination of more trading nous and less direct exposure to losses spurred even more risk-taking – a recurring theme of the next quarter-century on Wall Street. Salomon was, under Gutfreund’s leadership, regarded as the industry’s cutting edge.

The sale to Phibro also spawned another Wall Street staple – boardroom coups. By 1984 Gutfreund had wrested control back from his erstwhile allies at Phibro. Within three years, problems hit several securities firms as junk bond bets soured. Unlike in 2008, though, private capital alone came to the rescue, rather than a taxpayer bailout – in Salomon’s case, from Warren Buffett.

That’s largely because securities firms, unlike the banks they ultimately became, were smaller, less complex and less interconnected than their contemporary incarnations. Even the rogue trader scandal in 1990 that almost wrecked Salomon didn’t have enough power to do more than rattle rivals. It did, though, effectively end Gutfreund’s career – and unlike latter-day peers he was sent packing without a golden handshake and with a ban from running a securities firm without prior approval from regulators.

In retrospect, that lends his kind of risk-taking a degree of perverse charm compared to the economy-busting mega banks amassed within a few years of his departure, when Salomon was acquired by the behemoth that became Citigroup. In that regard, Gutfreund will be missed.

Former Salomon Brothers Chief Executive John Gutfreund died on March 9. He was 86. Gutfreund took over as boss of the Wall Street firm in 1978 from William Salomon, son of one of the co-founders. He was forced to resign in 1991 in the wake of revelations that one of his traders had been rigging the U.S. Treasury market.

In his later years he worked at C.E. Unterberg Towbin.

The 7,000 pound statue called "Charging Bull," a reference to the "bulls" or optimists on nearby Wall Street, as it appears on lower Broadway in New York April 7 1998. Reuters/Peter Morgan

Former Salomon Brothers Chief Executive John Gutfreund died on March 9. He was 86. Gutfreund took over as boss of the Wall Street firm in 1978 from William Salomon, son of one of the co-founders. He was forced to resign in 1991 in the wake of revelations that one of his traders had been rigging the U.S. Treasury market.

In his later years he worked at C.E. Unterberg Towbin.