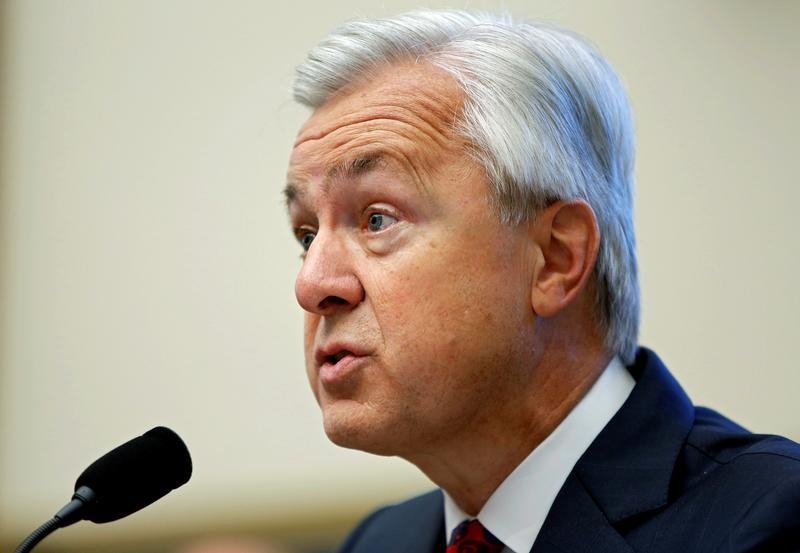 For his second appearance on Capitol Hill, Wells Fargo’s CEO could point to pay he forfeited for the fake accounts scandal. Stumpf nevertheless was badly bruised again, in part because of his own lame excuses and contradictions. It bodes poorly for the many probes the bank faces.

Wells Fargo Chief Executive John Stumpf testified on Sept. 29 before the House Financial Services Committee about the more than 2 million accounts that were opened allegedly without customer authorization. Stumpf apologized again and said the bank was accelerating the timeline for ending product sales goals from Jan. 1 to Oct. 1. He appeared before a similar hearing in the Senate on Sept. 20.

On Sept. 27, Wells Fargo said Stumpf would forfeit $41 million in unvested equity awards and forgo his salary during an internal investigation into the accounts. Carrie Tolstedt, who was head of the bank's retail unit and was set to retire at the end of the year, would leave the company and give up some $19 million in unvested equity awards. She will also not receive a severance or bonus for 2016. The bank agreed to pay a $185 million fine to regulators to resolve allegations in relation to the alleged fake accounts.