No Thain, no gain 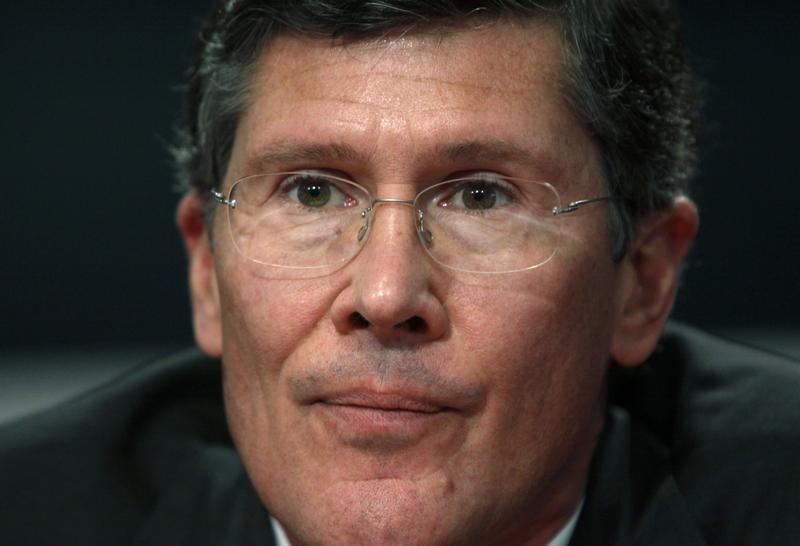 John Thain once spent $1.2 million of Merrill Lynch’s money doing up his office there, including $35,000 for an antique commode. He turned out to be the last boss of the Wall Street brokerage, which was sold to Bank of America during the financial crisis, and vowed to reimburse the firm for the costs. Thain eventually went on to run CIT and did a creditable job turning around the mid-market lender, but his tin ear hasn’t left him.

The chief executive of CIT is retiring at the end of March. His board just changed its definition of retirement in a way that allows Thain to keep stock he might otherwise lose. Awards to employees that aren’t yet available to them – unvested equity, as it’s called – often are forfeited when they quit. Under CIT’s long-term incentive plan, people could keep such awards if they retired at 55 with at least 11 years of service, or at 65 after five years at the company.

Neither set of parameters fitted Thain. He turned 60 this year, and when he retires he’ll have just wrapped up six years in the job. The company said this week that those precise criteria had been added to the retirement provisions that allow shares to keep vesting. The change may not cover all of Thain’s unvested stock. If it does, though, the value of those awards, as shown in CIT’s proxy statement in April, could be as much as $13 million.

Thain said at a conference on Wednesday that the shift was to “rationalize” the retirement definition to a “rule of 66” reflecting the sum of retirement age and years of service. That may be reasonable, but would be better changed for the next CEO than to hand him a potential multimillion-dollar windfall on the way out. The approval by CIT’s board also would be more convincing if Thain weren’t also chairman.

The former Merrill CEO has largely accomplished the needed restructuring of $8.5 billion CIT. For his efforts, Thain was paid $8.8 million in 2014 after taking home $8.2 million the year before. It’s perhaps in character, though, that his final bow at CIT should include the fine-print equivalent of a decorative cabinet.

Mid-market lender CIT on Dec. 8 announced management changes and a modification to the definition of “retirement” under its long-term incentive plan. The plan allows the unvested stock of executives to continue to vest after their retirement under certain conditions.

John Thain, the chairman and chief executive, is due to retire on March 31, 2016. He turned 60 in May, and will reach six years of service at CIT in February.

Speaking at a Goldman Sachs investor conference on Dec. 9 about the change to the retirement provisions, Thain said: “We did change those. The board changed those. It actually rationalizes them to what’s called a Rule of 66. So we already had a 55 and 11. It didn’t really make sense to have 55 and 11 and 65 and five, so it rationalized them to both the Rule of 66.”

It’s not clear how much stock is affected by the change. According to CIT’s 2015 proxy statement dated April 2, Thain had a total of $13 million of unvested equity-based awards at the time. Thain’s total reported compensation for 2014 was $8.8 million.

(This item has been corrected to read million not billion in the last paragraph of Context News.)