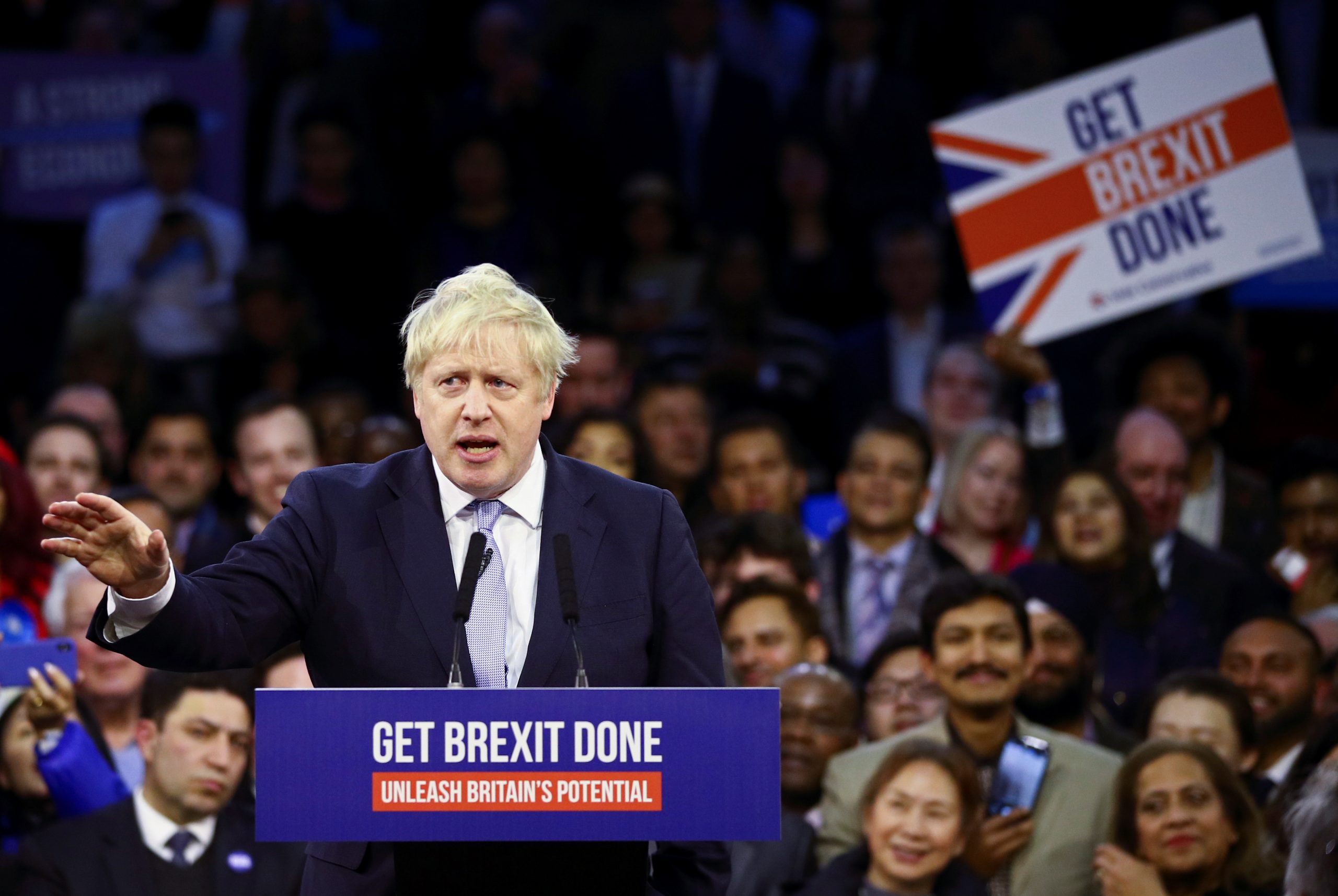 The UK’s Conservative Party has won a large parliamentary majority. That means Britain leaves the European Union, and gives the prime minister room to compromise on a quick trade deal. Stocks and the pound have bounced. Johnson’s broader policy ambitions remain a mystery.

With results from all but one of the 650 parliamentary seats, the Conservatives had won 364, their biggest election win since Margaret Thatcher’s 1987 triumph. Labour won just 203 seats, the party’s worst result since 1935.

The Scottish National Party won 48 of Scotland’s 59 seats in the national parliament. The Liberal Democrats won only 11 seats.