From May to October 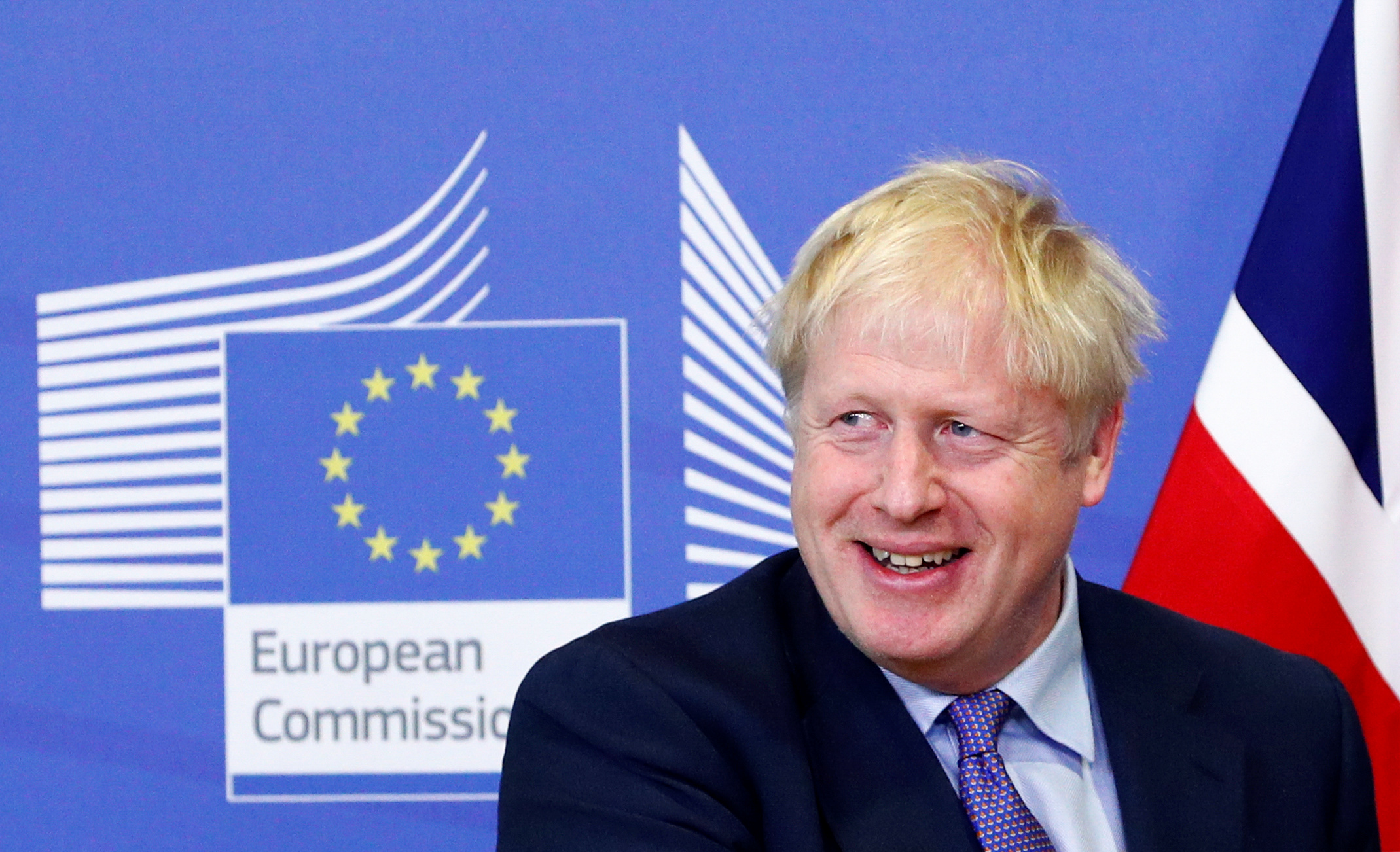 The UK prime minister secured an unlikely agreement to leave the European Union, but only by carving out Northern Ireland. Winning parliamentary approval for the economically costly plan will be hard. At least the chaotic exit Johnson had threatened is off the table – for now.

Britain's Prime Minister Boris Johnson smiles during a news conference with European Commission President Jean-Claude Juncker after agreeing on the Brexit deal, at the sidelines of the European Union leaders summit, in Brussels, Belgium October 17, 2019.

Britain on Oct. 17 clinched a last-minute Brexit deal with the European Union.

The agreement reached will keep Northern Ireland in the UK customs area but tariffs will apply on goods crossing from mainland Britain to the territory if they are deemed “at risk” of moving to the EU.

However, Prime Minister Boris Johnson faces a tight challenge to win parliamentary approval for the deal after the Democratic Unionist Party said it could not support the agreement. The UK government wants to hold a vote on the deal on Oct. 19.

The deal contains a provision which would allow the Northern Ireland Assembly to cancel the agreement through a simple majority every four years.

Northern Ireland will remain aligned to some EU rules, notably those affecting agricultural and manufactured goods.

While the United Kingdom will be responsible for collecting value-added tax in Northern Ireland, the agreement with the EU says it may apply exemptions and reduced rates that are applicable in Ireland, in an attempt to prevent fraud.