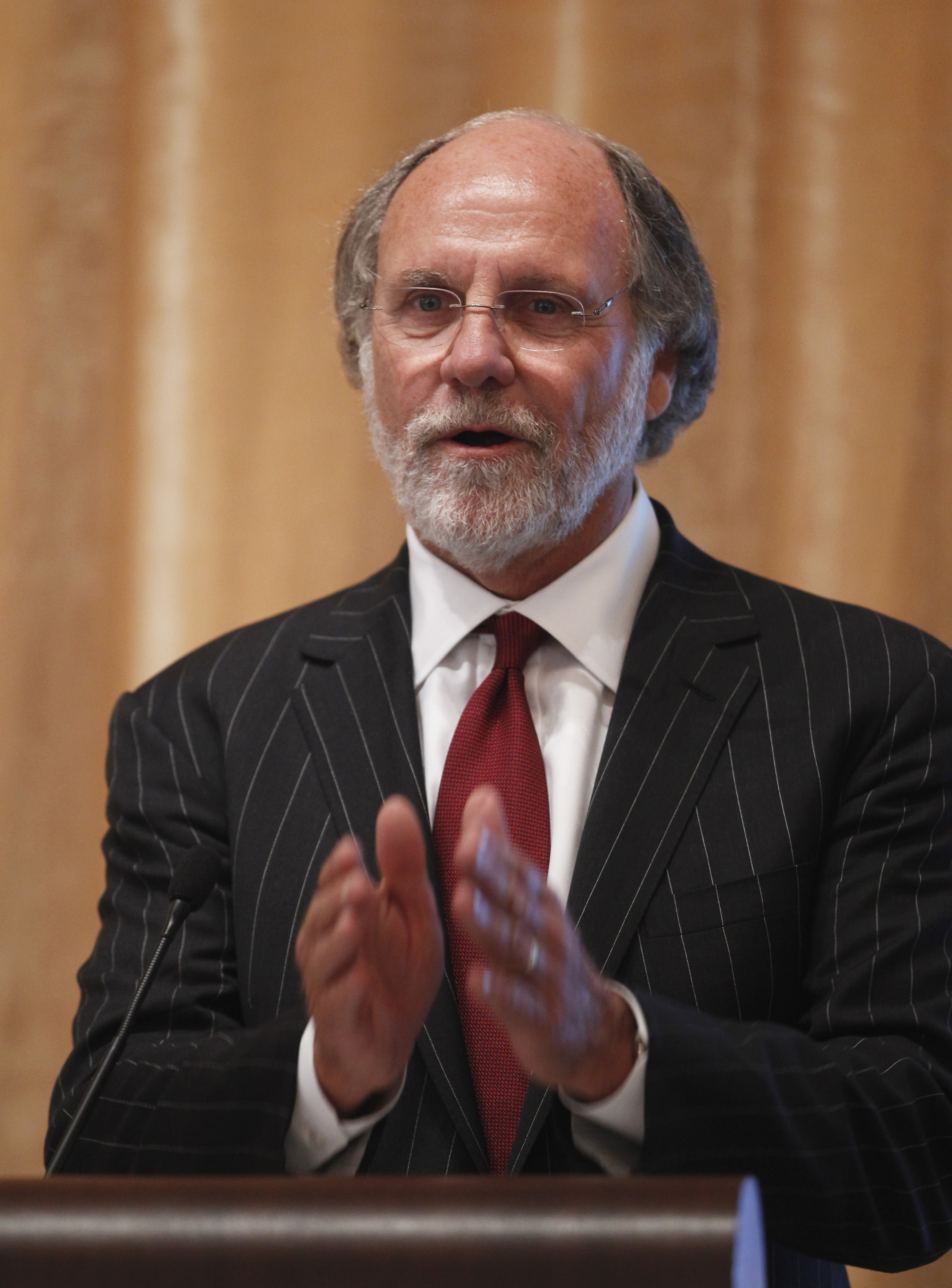 The crisis may finally have its fall guy. Jon Corzine, the boss of bankrupt MF Global, embodies all that Occupy Wall Street opposes – the elite 1 percent, failed high finance and compromised politics. Meanwhile, Corzine’s liberal agenda is part of what catalyzed the Tea Party movement. His fate could even unite a fractious America, if only against him.

Corzine’s gubernatorial reign in New Jersey is emblematic of the country’s fiscal problems. His inability to fortify the state’s finances and reduce its cumbersome property taxes cost him the job in 2009, and ushered in the era of tough-talking austerity under Chris Christie. Running MF Global into the ground will only reinforce the belief among conservatives that the left is incapable of producing someone who can make sound business decisions.

But there’s plenty about Corzine for the other side to rally against. Despite his humble beginnings, Corzine is a fixture among the ultra-rich. He epitomizes what liberals regard as the murky, nefarious interplay between politics and business. Corzine sauntered right through the most despised of revolving doors. Before becoming a U.S. senator and then governor, he jointly ran Wall Street’s popular punching bag, Goldman Sachs.

The two opposing sides can come together on the latest news about Corzine, too. MF Global committed one of the ultimate financial no-nos: mixing clients’ money with its own. Risky bets also brought down the firm, meaning the proprietary trading boogeyman also feeds into the story, too – though at least it didn’t get bailed out.

The revelation that MF Global may have broken the law has prompted the FBI to investigate, along with other regulators. That raises the specter of executives being indicted and possibly facing jail time, a fate avoided by most of the leading figures in the financial crisis. It might not happen at MF Global, and even if it did it wouldn’t necessarily involve Corzine. But if he does end up in the legal crosshairs, he could easily become the poster child of this financial era.

MF Global, the bankrupt futures brokerage run by former New Jersey Governor Jon Corzine, is being investigated by the FBI as well as financial regulators. The firm was not in compliance with rules enforcing segregation of customer and client assets, according to the Chicago Mercantile Exchange, its chief exchange regulator. The shortfall in client cash is estimated to be several hundred million dollars.