Two steps forward, one back 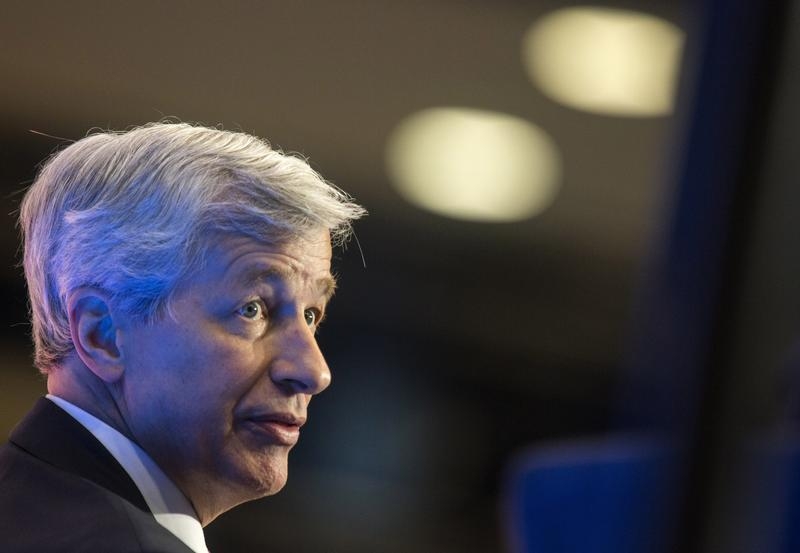 There’s plenty of work to do first, though. For starters, the businesses must earn an extra $3 billion among them. The consumer and investment banks also have to find just shy of $5 billion of costs to cut.

In addition, the plan involves shedding $100 billion of deposits JPMorgan holds for other financial institutions. They show up as a cost on the balance sheet and could be moved into money market funds, forced to pay their way through higher fees or even dumped as a future business.

Whatever the approach, it factors into Dimon’s case against splitting JPMorgan. Eliminating the deposits would reduce the bank’s size, complexity, interconnectedness and short-term funding needs. That and other actions would, in turn, lower its so-called G-SIFI score, potentially allowing it to hold less extra capital and boost returns.

A breakup would also diminish JPMorgan’s earnings while increasing costs, Dimon argues. Cross-selling accounts for some $15 billion – or more than 15 percent – of annual revenue. One third of the investment bank’s top line in North America, for example, comes from commercial banking clients. And the bank would lose the $3 billion it saves from sharing costs. That alone would exceed any value created by freeing capital through a breakup, argues finance chief Marianne Lake.

JPMorgan’s $9 billion in projected earnings increases do, however, assume that interest rates will rise and loan and other credit losses will remain low. Yet the bank will need to increase common equity from 10.2 percent to 12 percent.

There’s the rub. The net result of driving revenue up and costs down is a mere 2 percentage point increase over last year’s return on tangible equity to 15 percent. It’s no disaster and better than most of its peers, but it’s hardly stellar. Dimon’s plan underscores just what an unimpressive business big banking has become.