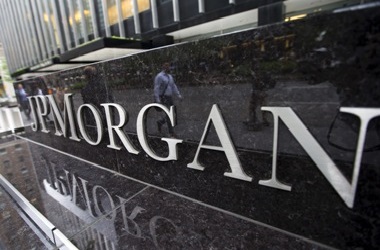 JPMorgan’s third-quarter showing gives the lie to bank shareholders’ biggest wish. They have of late made clear that more loan growth will make them bullish on U.S. lenders. Chief Executive Jamie Dimon has delivered that in spades – yet his bank’s earnings fell, after stripping out tax breaks.

Granted, global market volatility took its toll on JPMorgan as a whole. The top line for fixed-income trading, for example, fell 11 percent from last year, after excluding businesses that the firm jettisoned – or “business simplification,” in JPMorgan parlance.

Taking tax breaks, releases from loan loss reserves and legal costs out of the equation reduced the bank’s net income from the reported $6.8 billion to $5.3 billion, leaving annualized return on equity just below 10 percent.

But lending increased enough to raise expectations of improved financial performance. The total dollar amount of loans has risen 9 percent since September 2014, and core loans have jumped 15 percent – or $91 billion. JPMorgan has shed more than $100 billion of unprofitable deposits since February, helping to push its loan-to-deposit ratio up 8 percentage points since last September to 64 percent. That’s lower than the industry average of 78 percent, according to Federal Reserve data, but is the highest JPMorgan has managed in some time.

Results in consumer and community banking, though, don’t reveal much. The division’s net income was up 4 percent, but that essentially disappears after factoring in cost cuts and almost $600 million released from loan loss reserves. Commercial banking results, meanwhile, fell slightly.

There are a couple of obvious culprits. JPMorgan and most other major banks rely far more on low-risk borrowers than a decade ago. That reduces the risk of losing money, but also the amount of capital that needs to be kept in reserve. The downside is paltry returns, especially with interest rates so low.

Shareholders have long been aware of those factors. Yet they continue to stress at industry conferences that lenders, including better performing banks like BB&T and U.S. Bancorp, should make more loans to win their hearts. They’re living in cloud cuckoo land.

A view of the exterior of the JP Morgan Chase & Co. corporate headquarters in the Manhattan borough of New York City, May 20 2015. REUTERS/Mike Segar