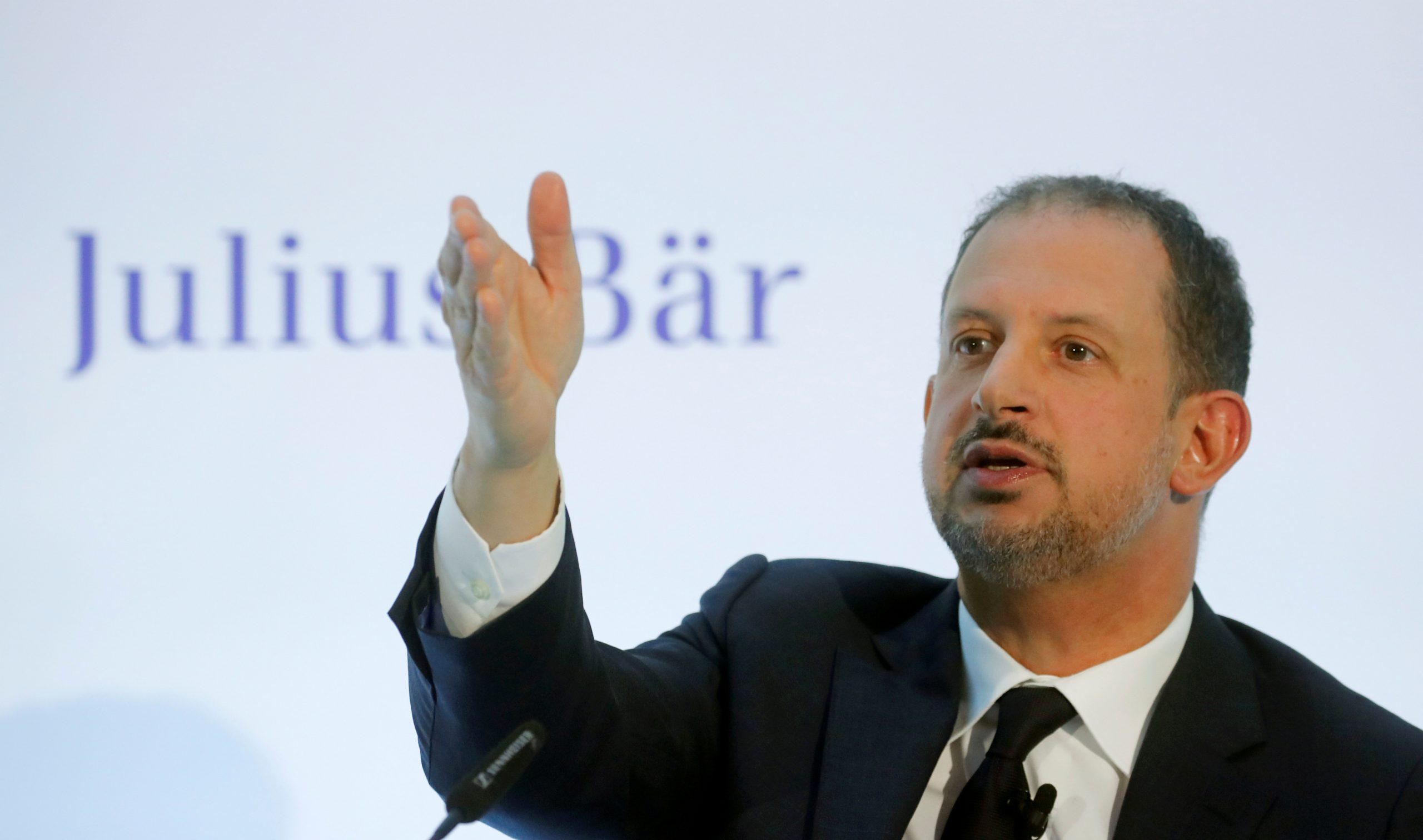 Philipp Rickenbacher is calling a halt to the voracious asset gathering that fuelled the $11 bln Swiss group’s past growth. With negative interest rates, idle client cash can be a drag for private banks. Shifting focus to cost discipline is a necessary response to leaner times.

Julius Baer added it was targeting over 10% of annual growth in adjusted pre-tax profit, assuming no significant deterioration in markets or foreign exchange rates.

Julius Baer added it wanted to lower its adjusted cost to income ratio to 67% or lower.

Rickenbacher took over from Bernhard Hodler on Sept. 1, 2019. Hodler had in 2017 replaced Boris Collardi, who had held the position since 2009.