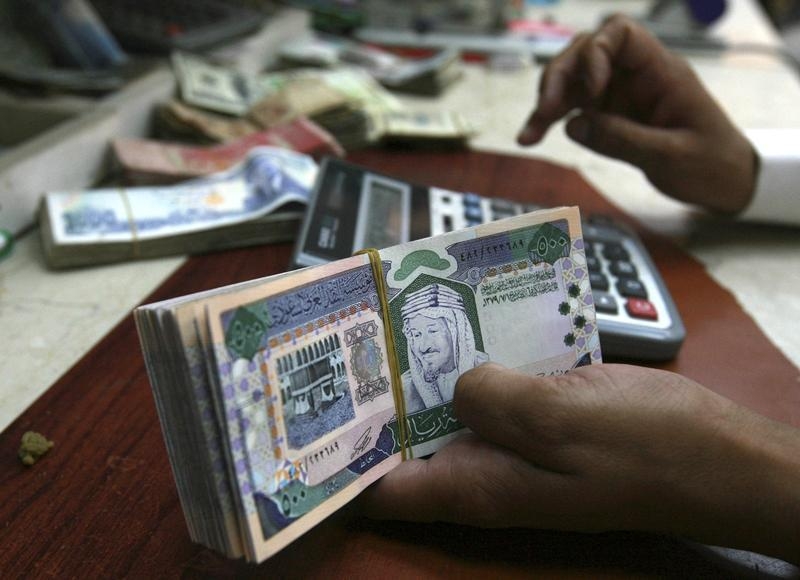 Saudi Arabia’s jumbo bank offering shows the soon-to-open emerging market is too good to miss. The kingdom’s top lender by assets is planning to sell shares worth $6 billion, making it the biggest-ever initial public offering in the Middle East and second only to China’s Alibaba in the world this year. For most outsiders, it’s a reminder of the opportunities that will open up when foreign investors are granted direct access to the country’s $584 billion stock market next year.

In keeping with past privatizations, the government is pricing National Commercial Bank to fly. The IPO price values NCB at 2 times its book value at the end of 2013 – below the average of 2.2 times for the kingdom’s 11 other listed banks, according to Eikon. The discount looks even more generous given NCB’s 18.8 percent return on equity last year. The sector average is just 13.4 percent.

Though the offer is only open to Saudi nationals, a few outsiders may be able to get in early by investing indirectly through swap agreements. These are expensive and lack voting rights, hence constitute less than 5 percent of the total market. Foreign investors may miss out on the initial pop, but NCB will still look attractive even if its shares surge the maximum permitted 10 percent on their debut.

For everyone else, the listing is an example of the large opportunities that will soon be available in a fast-growing, relatively well-regulated emerging market that is more stable than most. Saudi Arabia plans to allow direct investment by foreign financial institutions by the end of the first half of 2015, using a framework similar to China’s quota-based system for international investors. With a combined capitalisation worth more than Russia’s main index and equivalent to 80 percent of Brazil’s Bovespa, Saudi Arabia is too big to ignore.

Upon listing, NCB will be one of the country’s top four companies by market capitalization after blue-chips like Saudi Basic Industries Corp (SABIC), one of the world’s largest petrochemicals firms, and Saudi Telecom. As the shine comes off other emerging markets, Saudi’s jumbo bank IPO is a reminder that compelling new opportunities are just around the corner.

Saudi Arabia’s National Commercial bank (NCB) said on Oct. 2 that it plans to sell shares worth 22.5 billion riyals ($6 billion) in its planned initial public offering, the biggest ever in the Middle East.

The offer period for the shares, amounting to 25 percent of the bank’s total share capital, will run from Oct.19 until Nov. 9.

NCB is the last of the 12 major Saudi banks to list. Immediately after the offering, NCB will have a market capitalization of 90 billion riyals, second only to Al Rajhi Banking and Investment Corp.