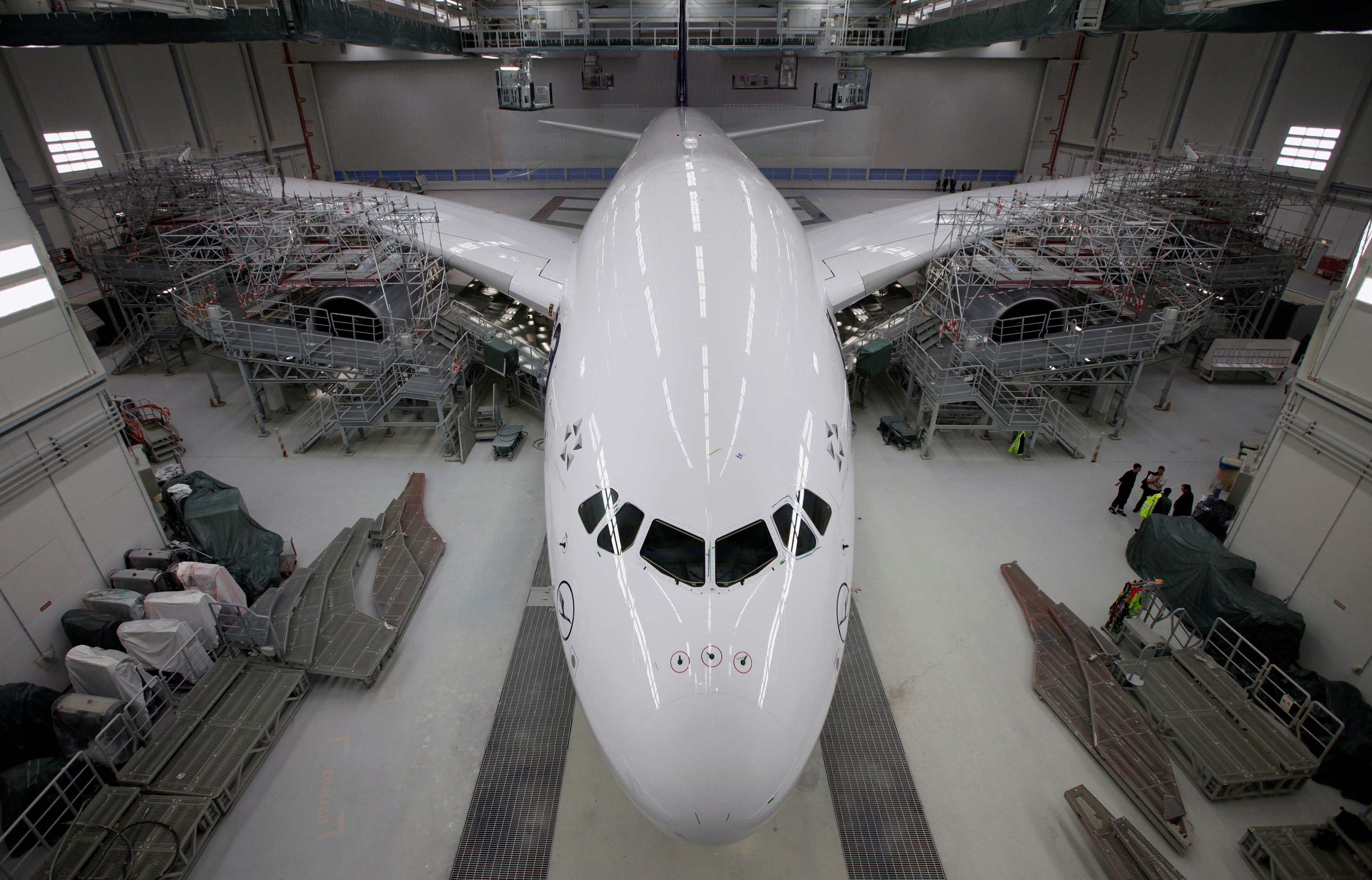 The European aerospace group will stop making A380s in 2021. Passengers who love the spacious cabins will regret the decision more than the airlines that fly the gas-guzzling behemoth. A focus on nimbler, greener two-engine jets will help narrow Airbus’ valuation gap with Boeing.

A new Airbus A380 airliner for Lufthansa is ready to leave the paintshop hangar at the Airbus facility in Finkenwerder near Hamburg, Germany, February 5, 2010.

Airbus said on Feb. 14 that it was scrapping production of the A380 superjumbo, the world’s largest airliner.

The decision came after Emirates, the largest A380 customer, decided to reduce its orders of the superjumbo and instead order a total of 70 of the smaller A350 and A330neo models.