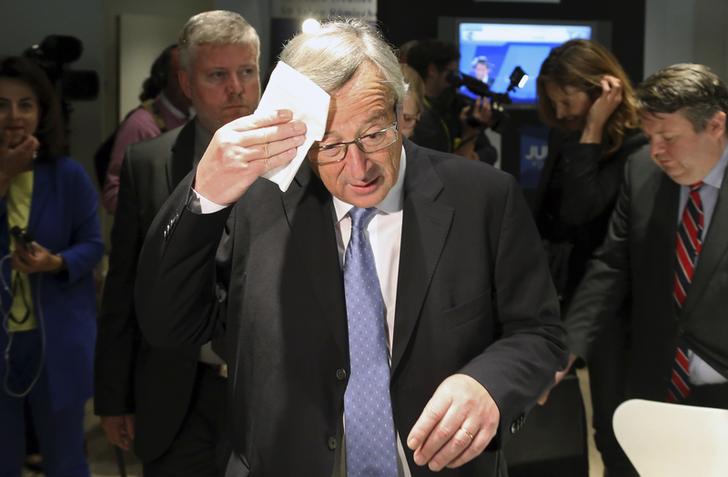 The UK opposes the appointment of Jean-Claude Juncker as European Commission president. Others fear an uninspiring candidate will anger voters who want change. But the former Luxembourg PM openly ran for the job – and his centre-right group won the most votes. Time to move on.

Candidate for the European Commission presidency Jean-Claude Juncker of the European People's Party wipes his forehead as he leaves the party's headquarters in Brussels May 26, 2014.

German Chancellor Angela Merkel said on June 2 she was pressing fellow EU leaders to back Jean-Claude Juncker for the post of European Commission president, and noted the move could be pushed through without universal backing.

Merkel stressed that Juncker, former prime minister of Luxembourg, could be approved in the European Council, which groups all 28 EU leaders, with a “qualified majority.”

Under rules in place until November this year, opponents of Juncker, led by Britain’s David Cameron, would need the support of countries representing 38 percent of the population of the European Union to block him.