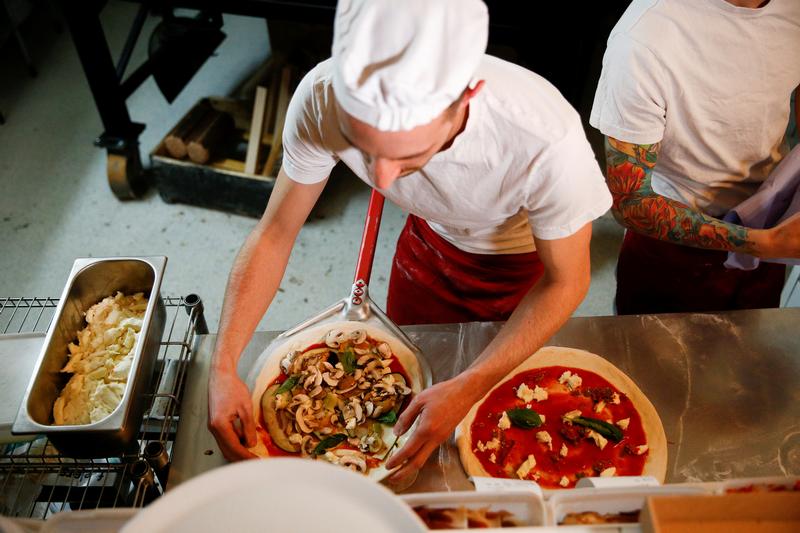 The leaderless UK food delivery group is selling to rival Takeaway.com in a 5 billion pound all-share deal. Just Eat gains a new boss and ally in the battle against Uber and Deliveroo. The Dutch company, meanwhile, uses its highly-valued equity to join the UK food fight.

FILE PHOTO: Pizza is prepared inside the Apollo Pizzeria, in London, Britain, January 22, 2019.

Just Eat on July 29 confirmed it had reached in principle to be taken over by Dutch rival Takeaway.com in an all-share deal that values the British food delivery group at almost 5 billion pounds.

Just Eat said its shareholders would get 0.09744 Takeaway.com shares for each share they own. That implies a value of 731 pence per Just Eat share, a 15% premium to the closing price on July 26.

Jitse Groen, the CEO and founder of Takeaway.com, would become chief executive of the merged company, while Just Eat Chairman Mike Evans would continue in the role.

Takeaway.com and Just Eat are expected to report second-quarter results on July 31 and Aug. 1, respectively.