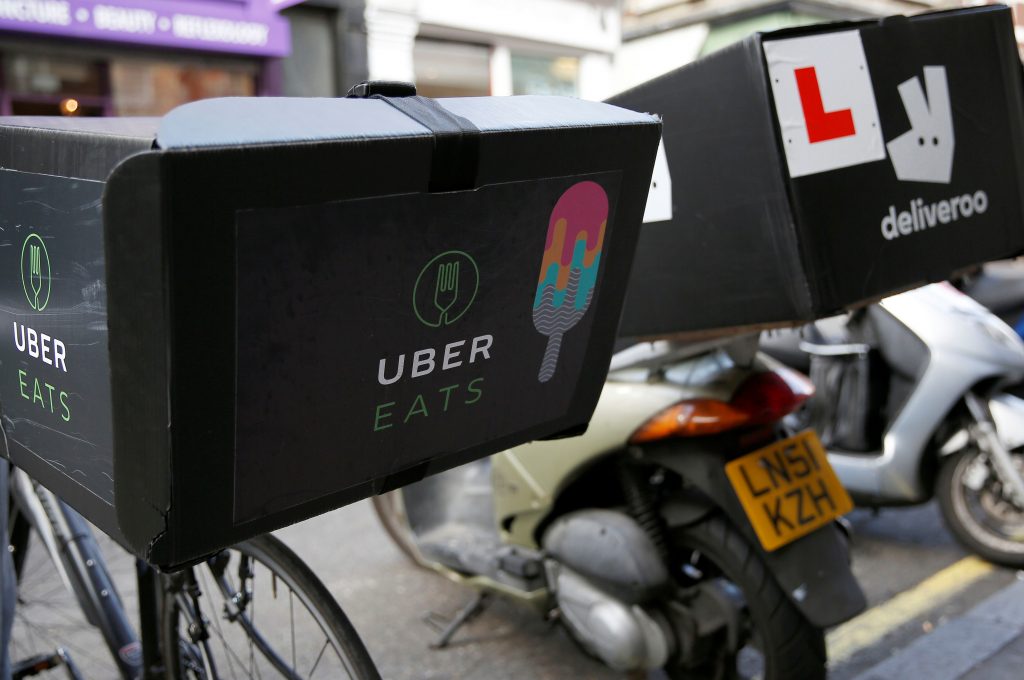 The UK takeaway group’s sales are soaring and it has a lead in its home market. The problem is that Uber and Deliveroo are eating its lunch. Just Eat can sell assets like the Brazil unit, but investors would be left with a group with no head chef and better-funded competitors.

Just Eat on March 6 said 2018 revenue rose 43 percent to 780 million pounds ($1 billion), with UK revenue up 27 percent. Revenue from the United Kingdom accounts for half of the group’s total.

The Financial Times reported on Feb. 21 that ride-hailing app Uber’s takeaway unit will cap the fees it charges to restaurants at 30 percent of the value of each order, compared with a current maximum fee of 35 percent. It will also allow restaurants that want to be listed on its app to make their own deliveries, following a similar launch by Deliveroo last year.