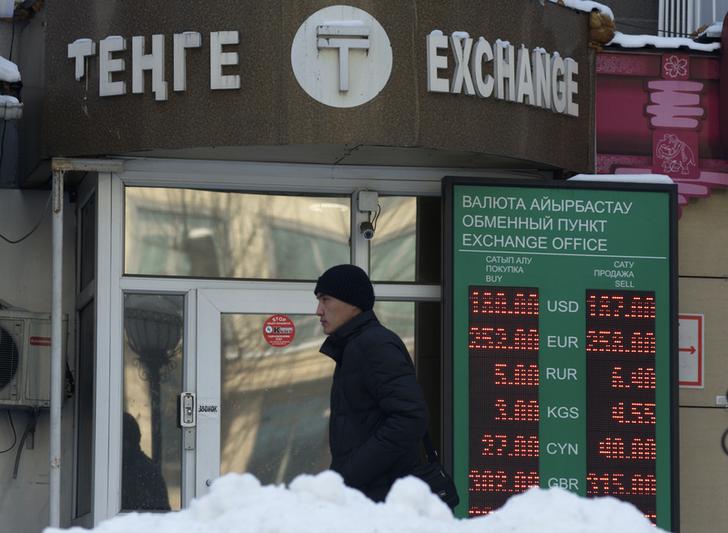 The oil-rich nation devalued the tenge by nearly a fifth. It makes sense: there’s no reason to use up currency reserves to resist a move that has many advantages and few drawbacks. Stronger countries than Kazakhstan would struggle to avoid the global game of beggar-thy-neighbour.

A man passes by a currency exchange office in Almaty, February 11, 2014.

Kazakhstan’s central bank devalued its tenge currency by 19 percent on Feb. 11 and said it would protect it from sharp moves away from the rate of 185 per dollar.

Kazakhstan’s net gold and foreign currency reserves stood at $24 billion on Jan. 31. Total international reserves were at $95.1 billion, including $71.1 billion in the National Fund, which collects windfall revenue from oil exports.

Kazakh Finance Minister Bakhyt Sultanov said on Feb. 11 the official 2014 inflation forecast would remain unrevised at 6 to 8 percent despite the devaluation of the tenge.