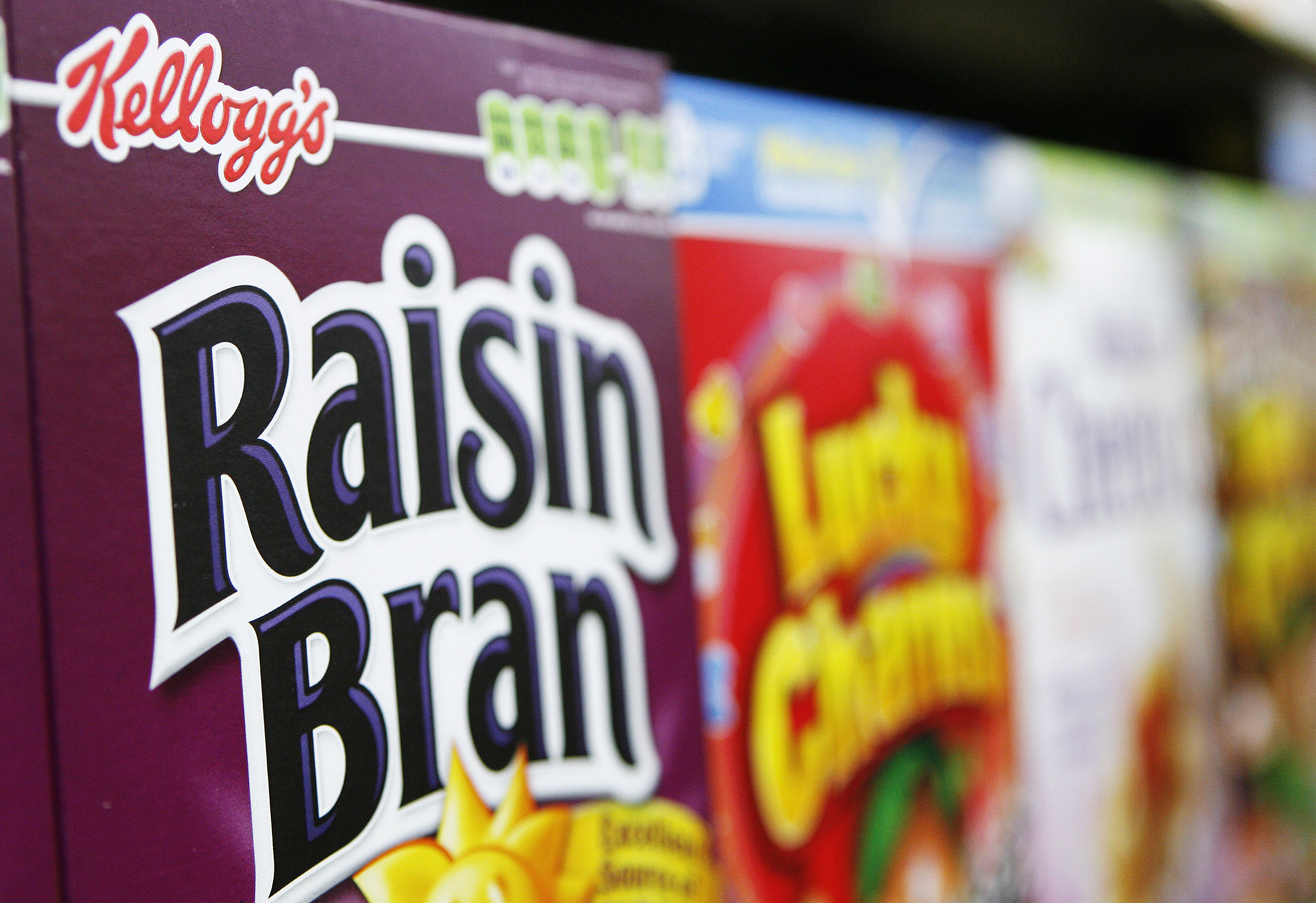 Kellogg looks like someone wants to eat it for breakfast. Takeover speculation has helped the U.S. company’s shares rise more than 8 percent since April, bestowing it with a $25 billion market value. Kellogg may be too big for a Hillshire-like takeover battle, and carries too much debt to make a traditional leveraged buyout palatable. But a deal like the one Warren Buffett and a group of Brazilian financiers struck for ketchup-maker Heinz last year might work.

Kellogg’s $7.4 bln of net debt limits how much a buyer could borrow to juice returns in a straight LBO. A deal struck at a 20 percent premium to the Corn Flakes maker’s current market cap, funded with 30 percent equity, would burden it with net debt of more than nine times earnings before interest, tax, depreciation and amortization. That’s too high for comfort.

Heinz shows a more digestible solution. Buffett and his Brazilian partner 3G financed their $28 billion acquisition with around $8.2 billion of equity and $8 billion of preferred shares. A similar move would value Kellogg at an enterprise value of about $37 billion. Net debt would be 5.4 times EBITDA, a tad lower than the leverage slathered on Heinz. Interest cover would be tight at 1.5 times EBITDA, including the cost of preferred dividends. But Buffett and friends left Heinz similarly stretched.

Such a deal would still present challenges, requiring a huge equity check and the same long-term approach to returns that Buffett and 3G took. These partners might double their money on Heinz, but it’ll take 10 years and require that sales grow 4.5 percent a year and margins jump by a third, Breakingviews calculated at the time.

Mimicking that at Kellogg will be harder. Soggy U.S. cereal sales mean analysts don’t expect revenue growth to top 3 percent before 2018, according to Thomson Reuters data. And fierce competition in the breakfast aisle may limit gains from cost cuts.

Still, if Kellogg could coax out 5 percent EBITDA growth, investors could feasibly make a 12 percent return on their equity investment, excluding the 9 percent return on the preferred shares. If the Sage of Omaha wants to do a Heinz with Kellogg, he’ll need a solid operating partner – and bowls full of patience.

Kellogg’s shares rose 0.2 percent to an all-time high of $69.16 per share on June 2. The $25 billion breakfast cereal maker’s stock price has jumped more than 10 percent since early April amid speculation about a potential offer for the company. The shares jumped 6 percent on April 3, their biggest rise in five years, after an unusual pickup in options trading activity, according to Bloomberg.