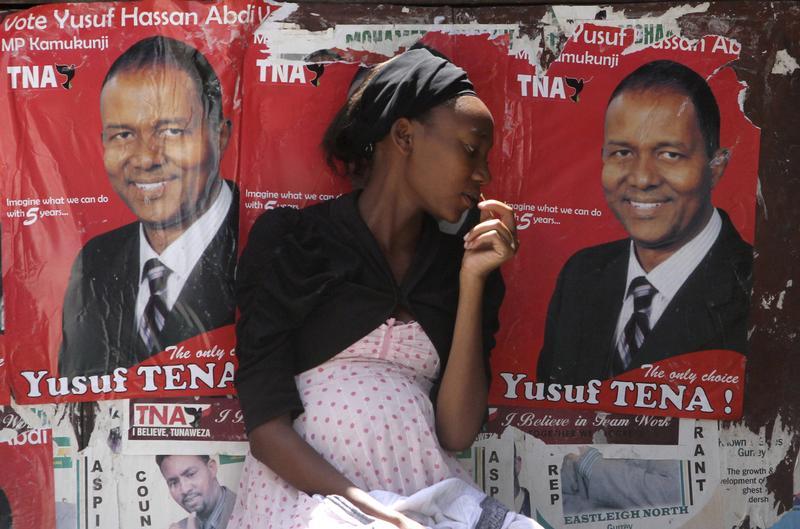 The priority in next month’s election is to prevent the unrest that followed the 2007 poll. With that caveat, boosting economic growth – now running around 5 pct – requires lower interest rates. That means deficit-narrowing fiscal discipline, not Western-style stimulus.

Kenya will hold elections on March 4, the first under the 2010 constitution, to select a new president and a new parliament. The leading candidates for president are current Prime Minister Raila Odinga and Uhuru Kenyatta, his deputy.
Kenya’s High Court on Feb. 15 cleared the way for Kenyatta to run in the election, dismissing arguments that his looming trial on charges of crimes against humanity made him ineligible.
Kenyatta, the son of the country’s founding president, is one of four accused at the International Criminal Court of orchestrating tribal fighting that killed 1,200 people after the last vote in 2007.
Kenyan GDP in the third quarter of 2012, at approximately $42 billion, was 4.7 percent in real terms above the same quarter in the preceding year, according to the Kenya National Bureau of Statistics. The World Bank forecasts 5 percent economic growth in 2013.
The Central Bank of Kenya cut its policy interest rate to 9.5 percent in January. It stood at 18 percent from April to July 2012. Consumer prices in January 2013 were up 3.7 percent on the previous year. In January 2012, year-on-year inflation was 18.3 percent.