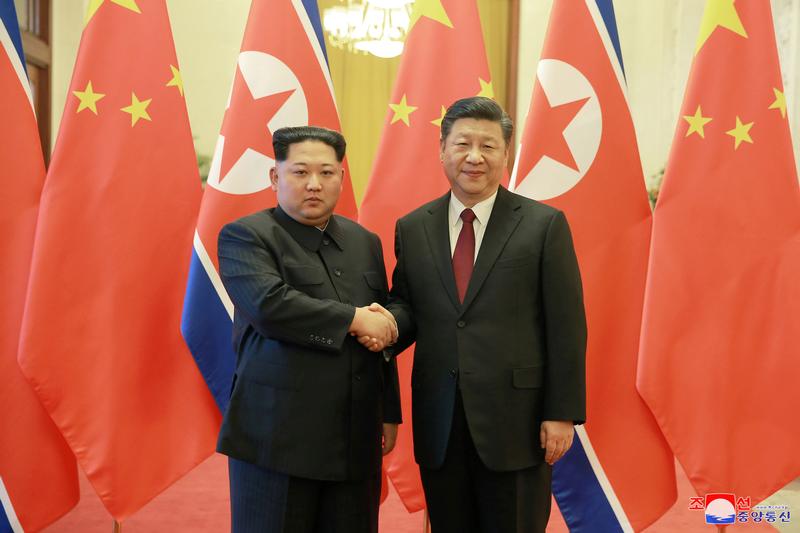 The despot is acting suspiciously nice, mending fences with Seoul and Beijing and warming to U.S. President Trump. This could be another ruse to lift sanctions. Yet there are reasons to believe a more secure Kim is ready to start turning North Korea into a more normal country.

North Korean leader Kim Jong Un shakes hands with Chinese President Xi Jinping in Beijing, as he paid an unofficial visit to China, in this undated photo released by North Korea's Korean Central News Agency (KCNA) in Pyongyang March 28, 2018. KCNA/via Reuters ATTENTION EDITORS - THIS IMAGE WAS PROVIDED BY A THIRD PARTY. REUTERS IS UNABLE TO INDEPENDENTLY VERIFY THIS IMAGE. NO THIRD PARTY SALES. NOT FOR USE BY REUTERS THIRD PARTY DISTRIBUTORS. SOUTH KOREA OUT. NO COMMERCIAL OR EDITORIAL SALES IN SOUTH KOREA. - RC138FE3D980

China has cooperated with U.S. moves to sanction North Korea. Beijing has moved to reduce hard currency inflows to Pyongyang, and to restrict its oil exports.

The United States and South Korea agreed to revise their six-year-old trade pact with a side deal to deter competitive currency devaluation by Seoul, and with concessions for U.S. autos and pharmaceuticals, officials from U.S. President Donald Trump’s administration said on March 27.

Beijing has lobbied South Korea to remove an American missile defence system, and has put pressure on South Korean companies operating in China.