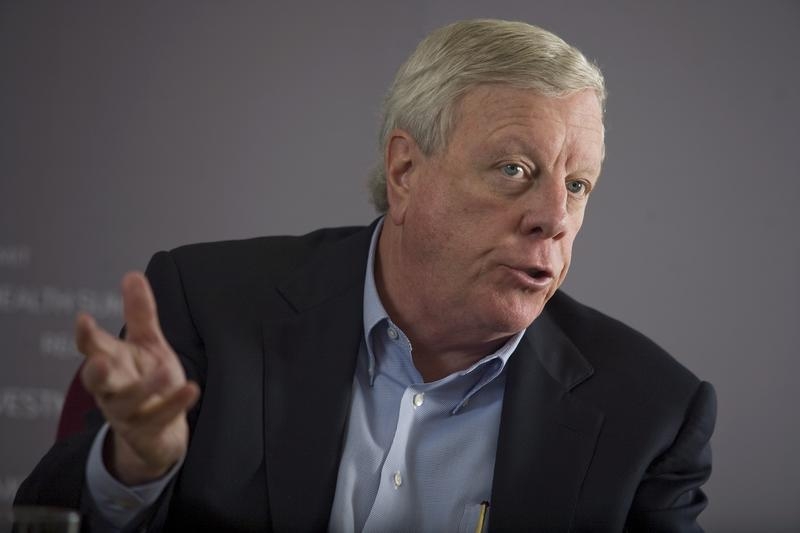 Richard Kinder’s master class in financial engineering is back in session. The Kinder Morgan boss struck $71 billion of deals to unite his sprawling U.S. pipeline empire. Various partnerships had reached a scale that was limiting returns. Kinder somehow managed to solve this size quandary by getting bigger.

Starting with $40 million of assets he bought from Enron in 1996, Kinder has enlisted all manner of clever rearrangements to generate returns. A $22 billion leveraged buyout in 2007 was followed by a public offering three years later. Now, turning his back on the master limited partnership structure he made popular, Kinder is bringing together four separate units – Kinder Morgan, Kinder Morgan Energy Partners, El Paso Pipeline Partners and Kinder Morgan Management – under one roof to create a titan with an enterprise value of $140 billion.

For Kinder Morgan, the MLPs, which receive federal income tax exemption and distribute the bulk of cash flow to unit holders, have outlived their usefulness. As they grow and mature, a rising proportion of income goes to the general partner. At Kinder Morgan Energy Partners, for example, about half its $3.3 billion in cash last year accrued to parent company Kinder Morgan. This raises the cost of funding projects, slows growth and eats into the tax advantage.

Kinder Morgan expects allowances for depreciation from buying control of the three sister companies should save $20 billion in taxes over the coming 14 years. That makes Uncle Sam, already reeling from a proliferation of U.S. corporations shifting their tax domiciles by acquiring overseas rivals, the only real loser from Kinder’s creativity.

Owners of the various divisions are being offered premiums of up to 16 percent. That’s relatively generous for deals that won’t generate much cost savings. Existing holders of two entities also are being offered a choice of cash or stock.

Kinder Morgan expects its cost of capital to shrink after the consolidation. Partnership units also make for a lousy acquisition currency, since many institutional investors won’t accept them. The two factors combined should help the company craft a renewed M&A strategy. The unusual solution to a law of large numbers problem is already working, including for Kinder, who owns almost a quarter of Kinder Morgan. The shares gained over 10 percent, adding almost $4 billion of market value.

Kinder Morgan, the oil and gas pipeline firm, said on Aug. 10 it would buy full control of Kinder Morgan Energy Partners, Kinder Morgan Management and El Paso Pipeline Partners for $71 billion in shares and cash in a bid to help it grow and reduce its cost of capital.

The biggest U.S. pipeline company said it would consolidate the companies under a single C-corporation, and end the use of the master limited partnership structure that Kinder Morgan had previously used extensively and made popular across the industry.