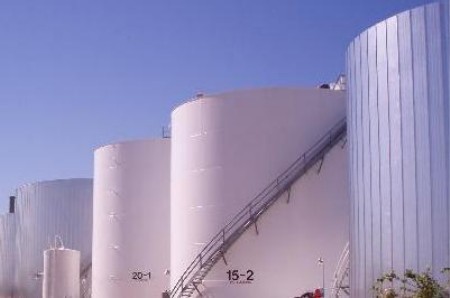 A new energy titan may soon be born. If regulators don’t object to pipeline operator Kinder Morgan’s takeover of rival El Paso, the combined group will have an enterprise value of $94 billion – making it among America’s biggest energy firms. Kinder is paying more than is justified by the promised cost savings for El Paso. But Kinder’s chief has done investors proud in the past and is not to be underestimated.

Richard Kinder, the eponymous chief executive, is aiming to pull off a deal of impressive audacity. With 80,000 miles of pipelines, his new firm would leap over the current pipeline top dog, Enterprise Products Partners. This would also be the largest energy deal in over a year – a fact that will delight the firms’ bankers Goldman Sachs, Evercore Partners, Barclays Capital and Morgan Stanley. In terms of market capitalization, the newly enlarged Kinder would still be only about half the size of Occidental Petroleum, the fourth largest energy group, though its enterprise value puts it shoulder to shoulder. Meanwhile, Kinder and El Paso look like a good fit, with complementary pipeline networks.

Such ambitions don’t come cheap. The firms are expecting $350 million in synergies. Even allowing for the ultra-low tax rates pipeline firms get away with paying in the United States, this warrants paying a premium of no more than $4.50 per share for El Paso. Yet Kinder is stumping up over $7 – making the deal a value-destroyer.

Still, Richard Kinder has been one of the oil patch’s canniest allocators of capital. Investors who put $100 with Kinder in 1996, after he jumped ship from Enron, would now be sitting on $2,788. That far exceeds the $900 total return on the Alerian index of pipeline firms, and puts the $215 offered by the S&P 500 index to shame.

And Richard Kinder held on to about 31 percent of the stock after taking his firm private and then returning to the market this year, giving him a powerful incentive to make the deal stack up. With cost savings relatively small, Kinder must be assuming a brighter outlook for the growth in U.S. gas demand than other investors. If he’s wrong he’ll destroy his own and his shareholders’ wealth. Given his track record, that seems an unlikely outcome.

Kinder Morgan said on Oct. 16 it will pay around $21 billion to buy El Paso, creating the largest pipeline company in North America. The offer of $26.87 a share represents a 37 percent premium to the closing price of El Paso shares, based on its Oct. 14 closing price of $19.59. When including El Paso’s debt, the deal is valued at $38 billion.

The transaction has been approved by each company’s board of directors, the companies said. Pipeline transportation and energy storage company KMI said it has a commitment letter from Barclays Capital underwriting the full amount of cash required for the transaction.

The new company hopes to generate $350 million a year in cost savings, or about 5 percent of the combined companies’ earnings before interest, taxes, depreciation and amortization. It is expected to be immediately accretive to dividend yield for KMI holders through these savings.
The new combined company will be 68 percent owned by KMI shareholders, with EP holders owning the remaining 32 percent.

The companies also said the transaction is expected to close in the second quarter of 2012, subject to regulatory approvals.