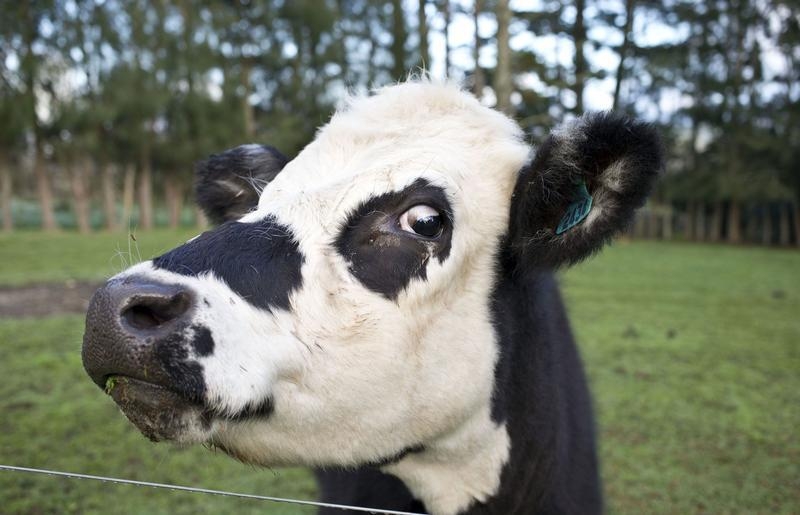 New Zealand’s decision to exit record-low interest rates makes the cows of the South Pacific the envy of the world’s central bankers.

The Reserve Bank of New Zealand raised the country’s official cash rate by a quarter percentage point to 2.75 percent on March 13, and signalled further increases through early 2017. The central bank now expects inflation to rise to the midpoint of its 1 to 3 percent target by the middle of this year, 18 months sooner than previously estimated.

The unsurprising decision is a victory for the bovine world. From Frankfurt to Tokyo to Washington DC, the masters of the financial universe have no option but to go on milking cheap money for rare droplets of inflation. Meanwhile, the dairy herds of New Zealand are producing higher economy-wide prices with effortless ease.

To be sure, the $34 billion rebuild of earthquake-ravaged Christchurch and a mad scramble for Auckland property are playing a helping hand. But while property prices are best contained with credit curbs, higher interest rates are inevitable in the face of the strong lift to incomes and consumer demand from soaring milk prices, which are up 50 percent in the past year.

Some of these increases are no doubt based on frothy assumptions of just how much more milk Chinese will consume, how quickly they will demand it, and what price they will be prepared to pay for it. Even if that is the case, however, concerns about climate change may have embedded a more permanent premium in dairy prices.

For New Zealand, the prospect of steadily rising interest rates is a double-edged sword. As traders borrow more cheap yen and other low-yielding currencies to buy the kiwi dollar, the latter may extend its 11 percent climb against the U.S. dollar since the end of August. While a strengthening exchange rate will contain increases in imported prices, it might also squeeze exporters’ earnings.

Skimming the foam from a dairy bull run is nevertheless a manageable challenge. Fighting off anaemic growth and high unemployment with near-zero interest rates and outsized money-printing is the far tougher problem. Other rich nations would happily swap their half-empty glasses for New Zealand’s froth.

A cow is seen near the fence of a pastoral farm near Auckland August 6, 2013.

The farm gate price paid for milk by Fonterra, the cooperative which collects 90 percent of the country’s dairy output, was 66.5 New Zealand dollars per 100 kilos in January, a 50 percent jump from a year earlier.