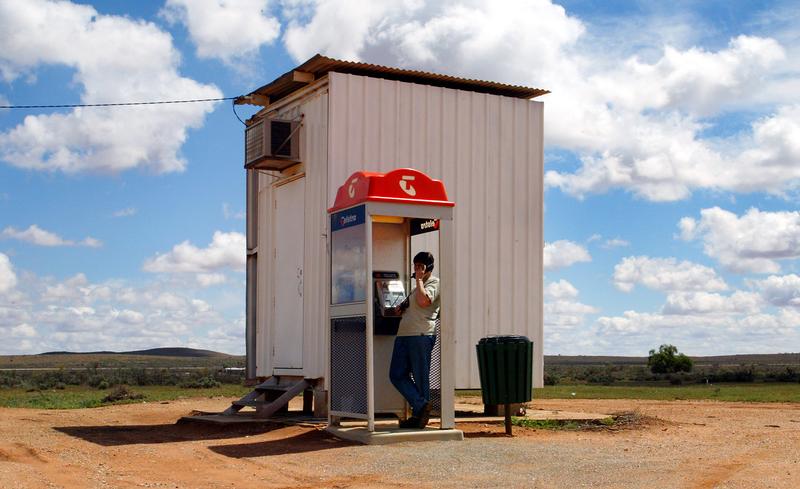 The U.S. buyout firm offered $1.7 bln for the struggling Vocus, a mild premium for a battered target. Shares in the Australian group are down over 60 pct since last June on downgrades and management problems. Given weak prospects, KKR is betting investors have lost confidence.

An unidentified woman uses a public telephone booth in the outback Australian town of Silverton September 30, 2004. Telephone services in Australia's outback are a major election issue as the government vows to fully privatise the country's biggest telco Telstra Corp Limited if it is returned to power on October 9. Picture taken September 30, 2004. To accompany feature Australia-Telstra REUTERS/Sophie Hares TBW/TW - RTRCMHA

KKR & Co has made an A$2.2 billion ($1.7 billion) takeover offer for Australia's Vocus Group, the target said on June 7.

As part of the preliminary, non-binding proposal, KKR has offered A$3.50 per share, a 22 percent premium to its closing price the previous day. The all-cash deal will value Vocus at A$3.3 billion including forecast net debt of up to $A1.1 billion as of June 30.

The offer is subject to several conditions, including EBITDA at Vocus for the 12 months ending June 2017 to be within range of the company's previous guidance of A$365 million to A$375 million.