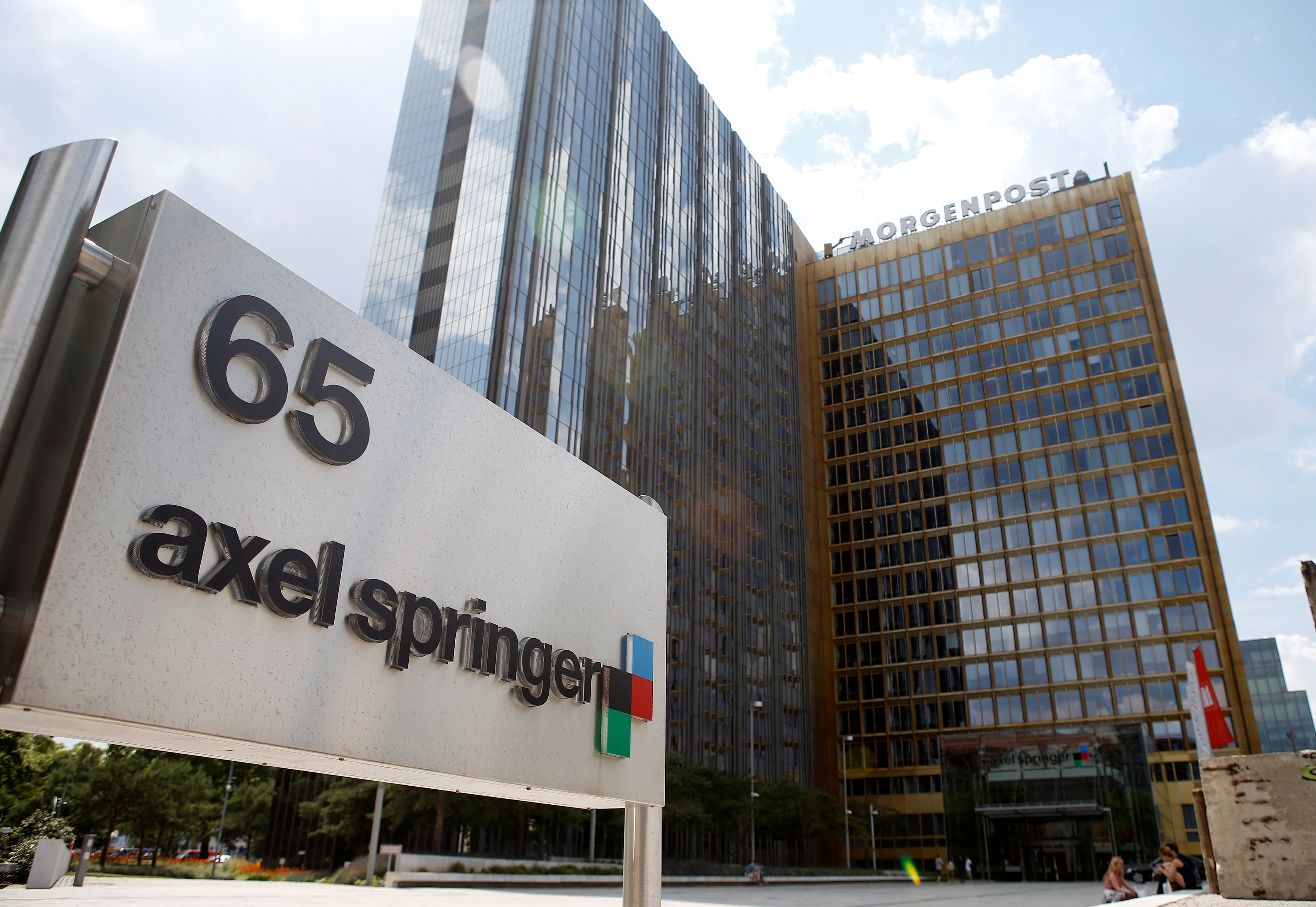 The private equity group is partnering with the German company’s founding family to buy out minority investors for 3 bln euros. It gets a racy digital listings business at the price of a sluggish newspaper publisher. Yet the lack of control limits KKR’s options if growth slows.

The logo of German publisher Axel Springer is pictured in front of the company's headquarters in Berlin July 25, 2013.

The 63 euros per share cash offer, which Axel Springer’s board intends to recommend to shareholders, values the company’s equity at 6.8 billion euros. It represents a 31% premium to the three-month volume-weighted average price before Axel Springer confirmed it was having discussions with KKR on May 29.

The offer is being launched in collaboration with the company's main investors Friede and Chief Executive Mathias Doepfner, who together hold around 45% of the shares. KKR’s bid for the rest of the company will be subject to a minimum acceptance threshold of 20% of Springer's share capital.