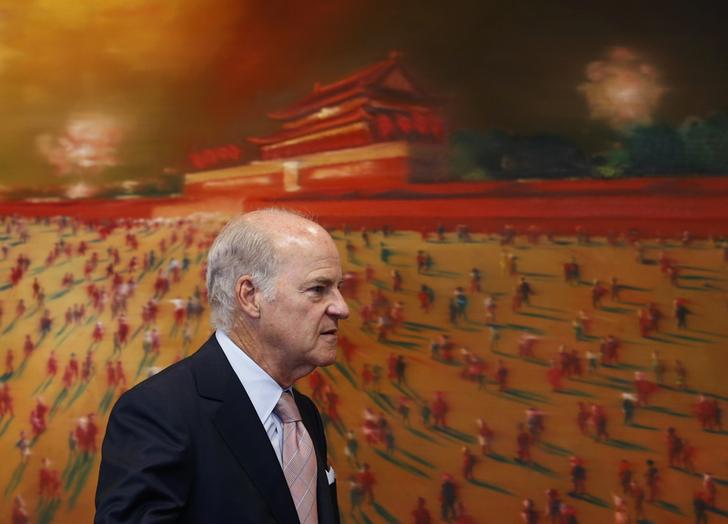 KKR’s acquisition of First Data looked like a $29 billion mistake almost right after it closed in late 2007. The buyout firm led by Henry Kravis and its partners in the deal nevertheless may turn a modest profit, after all. The credit card processing pioneer has filed to go public again, and its turnaround looks on track.

The remaking of the company started in earnest in 2013 under new Chief Executive Frank Bisignano, formerly of JPMorgan. KKR liked what it saw and last year doubled down on the investment, adding $1.2 billion more of equity as part of a $3.5 billion funding round. A Breakingviews analysis at the time concluded the owners stood a good chance of turning a one-time disaster into a decent profit.

A year on, Bisignano’s numbers are on the right path. Adjusted EBITDA in 2014, at $2.7 billion, was a 9 percent improvement on the year before, and reported losses narrowed significantly, as they did in the first quarter of this year. The roughly $40 billion enterprise value that seemed feasible last year looks about right. With $21 billion of net debt stripped out, the equity could be worth nearly $20 billion. That would mean an annualized internal rate of return of about 9 percent, before fees, for KKR, according to Breakingviews calculations.

In remarks in the prospectus, the CEO makes a big deal of First Data’s past – and continuing – ability to innovate, an important factor in the technology-driven payments world. In particular, Bisignano points to the acquisition and nurturing of Clover, a Silicon Valley startup.

Yet First Data is also part of the old guard. It was the first processor of Visa and MasterCard bank-issued credit cards back in the 1970s, according to its website. Before its last turn as a listed company, starting in 1992, First Data belonged to American Express for a decade. It’s not yet obvious the company will be able to reinvent itself again. First Data looks ready for a second public life. The challenge in this latest phase will be to disrupt, not be disrupted.

U.S. payments processor First Data on July 20 filed with U.S. regulators for an initial public offering of common stock, setting up an exit for private equity owner KKR and other investors eight years after one of the largest leveraged buyouts ever.

KKR took First Data private for about $29 billion in 2007. With the financial crisis following in 2008, the company’s heavy debt burden made it a challenging investment for the buyout firm.

First Data has, however, been in the midst of a rebound since it hired former executive Frank Bisignano as CEO in 2013. Last year, KKR led a $3.5 billion investment equity round, injecting another $1.2 billion from its own funds.